Hedgefunds, risk, and finding the silver lining of any dark cloud. 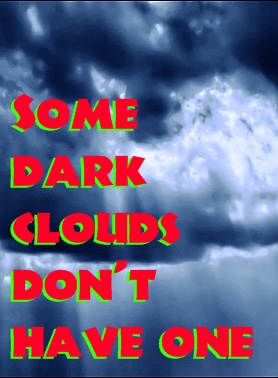 Here is a simple question: ‘how do you protect or even augment your portfolio returns when markets are crashing or where there is systemic risk?’ if you have an answer then you can be a little smug because the majority of fund managers, the best and brightest the world of finance has to offer, for the most part didn’t have an answer during the last two years and if they did they didn’t (by and large) act upon it.

The classic definition of a hedgefund is not the ponzi-schemes run by the likes of Bernie Madoff, rather it was a fund that strategically goes long and short to produce positive gains regardless of whether the market goes up or down, that was what Winslow Jones was doing when he started the first hedge fund in 1949, while managed fund managers are happy to post a 20% loss when the averaage is -30% (for instance), hedgefund managers are meant to be able to outperform bull markets but also post positive returns in bear markets, sadly, many hedgefunds in the last few years weren’t even hedged! They were basically long only equity funds that liked to charge high commissions based on returns which were largely posted due to excessive leverage!

How did that work? Well, a fund starts off with €100 and then they go and borrow €900 so now they have €1000. If the market goes up 3% they make €30 which looks like a 30% return on funds invested if they pay back the leverage (borrowings) but this is false economy because if prices don’t go up funds get margin calls and then they are often coupled with problems of not being able to ‘roll-over’ their borrowings, repo markets [to a degree] have the ability to stand over any fund once in a 24hr period but in many cases this mechanism failed as credit providers lost confidence in repo-borrowers.

It is worth taking a moment to understand the ‘repo’ market, it doesn’t mean ‘repossessed’ rather it means ‘repurchase’ because what happens is that collateral is given up overnight in order to obtain operating funds, if this doesn’t happen, for instance if your counter-party doesn’t trust your collateral or thinks you might not be able to repay tomorrow then you can literally be shut out in an instant and you close down rapidly, this is what happened to Lehman and Bear Stearns. 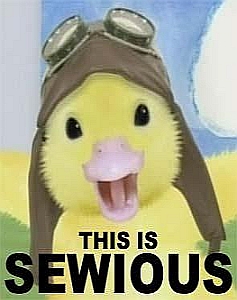 Back on topic, the way to ‘hedge’ is to include investments that have an inverse correlation to the broad stock market or to particular shares held in the fund. The Japanese Yen is an example of a currency that does this, when markets crash the Yen strengthens, since around August 2007 – where the first hit of the current crisis started to play into the market. Every time the market took a dive the Yen has risen.

Often when stocks crash institutional investors rush to cash out of their stocks and repay their Yen denominated loans (Yen was used due to its low interest rate), that is called the ‘unwinding of the carry trade’ which we have covered before – the ‘carry’ trade occurred where people borrowed in yen to leverage up because a ZIRP (zero interest rate policy) meant it was a good currency to borrow to the hilt with.

Gold is another hedging tool, the deeper the crisis got in the early days the faster gold rose, going over the $1,000 mark in 2008, since then it fell back to the low 700’s and is trading again in the 900’s, the part to remember is that gold has

There are beneficiaries of systemic risk and systemic collapse, the downside is that many investors are nowhere near a life raft when the ship is sinking. I like the analogy of the Titanic, you see, for all the history of tragedy associated with the Titanic, it must be remembered, there were also a lot of survivors, they were the ones who got onto the available life rafts.

Dollar hegemony or dollar supremacy is likely going to change significantly in the next decade, the transition will be difficult and will feed through to commodity prices and equities. So being ready for volatility is vital.

Publicly I said at the end of November that I saw real value showing in Irish banks, they were trading well below the €1 mark, they fell right down but came back with a vengeance, hence I followed up with a sell call in June 09’when the major bank shares in Ireland were trading closer to €2. It is important to have an exit plan whenever you get into anything (again, make sure you have access to that life raft!).

the thing to understand is that there is always a bull market somewhere, you just have to find it, sometimes that means using inverse ETF’s or shorting strategies (which can be done via options as well), or just going long in the right places, we hope you don’t lose sight of the desitination because of the current scenery on the journey! Wealth is built in small steps, one day at a time.