Automakers bailout is a mistake 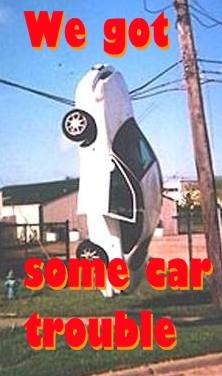 Automakers in the USA are a good example of institutions that have been bailed out time after time, everybody looks to the unemployment figures that would result from a closure and quickly agrees with a bailout, people are reacting the same way in 2008 that they did in 1978, I guess folks don’t learn much in 30 years. However, if you were to look a bit closer you would realise that every worker is depriving another person in that locality of a job, that every tax dollar spent saving that industry is a tax dollar that won’t be spent elsewhere creating a job. How does this make sense?

Well, if you have somebody in the Auto makers union then they are paid above the odds for the job that they do as a result of agreements that were set in place to give auto workers the best possible working conditions known, much of this goes back to the 70’s. Due to the high wages paid it means that instead of hiring two people to do something they can only afford one person, thus you get the work of one person done instead of two and this ultimately decreases competitiveness (while keeping one person out of an auto making job) and means cars cost more so one way of looking at car makers is that bankruptcy would save them and actually be better for the wider economy as the new ventures would be efficient. 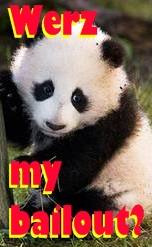 The stagnating economy in the 70’s also saw the onset of inflation and the Unions ensured they had good wages to match this, it actually embedded inflation and cause the wild ride of the early 80’s where it took the mettle of Paul Volcker jacking rates up to 20% to calm the storm. Today there are car workers who are paid not to work, they can’t be fired but they can’t do a job either, they auto makers are hamstrung by unions and Medicare benefits.

There is no mention in the bailout of having to become more competitive and nor will there be any meaningful terms forcing smaller engines or hybrid/electric/compressed air cars because now that oil prices have dropped again Joe Consumer doesn’t care about gas efficiency the way they did when it was $146 a barrel. What will a bailout do for consumers is the question we should be asking. The average person on the street doesn’t even agree with car makers getting bailed out.

Bailouts are wrong, and while I begrudgingly was turned towards accepting a bank bailout (as finance is the heart of an economy the hard pain/fast recovery concept doesn’t wash with everybody), I would be 100% against bailing out car makers, especially when car sales are not a core economic activity, the 14 billion dollars being spent on the car bailout could create countless jobs elsewhere, the car makers are not competitive organisations any longer, they have been forced into buying dealerships by congress and the reality is that bankruptcy would probably be the only thing that will truly save the car makers, it would allow them to restructure competitively.

The latest news is that the bailout failed to pass the Senate, the ‘fear factor’ will now reach fever pitch and thus it will probably ensure a bailout of some form and the near future involves a pot and a fire, it is just the direction of travel between them that is the real question of where this is leading.