What is the difference between Fixed and Variable Rate Mortgages? 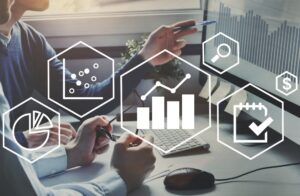 The two most common types of mortgage are fixed-rate mortgages and variable-rate mortgages. Although there are many options among these two types in Ireland, the first step in searching for a mortgage is identifying which of the two primary loan type best meets your requirements. Most people seeking to own homes usually find themselves torn between taking fixed or variable loans. A fixed-rate mortgage has a fixed interest rate that does not alter during the loan period. Most individuals see Variable Rate Mortgages as being too much complex than the Fixed Rate Mortgages because the interest rate charged initially on Variable Rate Mortgages (VRMs) is usually set under the rates that are being charged in the market. The amount of deposit and interest paid each month for Fixed-Rate Mortgages may vary; the overall payment stays consistent, making budgeting for homeowners simple.

Since it has the least monthly bill, the 30-year mortgage plan is the most popular option. While the additional timeline is spent primarily on paying interests, the affordable payment comes at a substantially higher total cost. Shorter-term mortgages have larger monthly payments since the principal is repaid in a shorter time. They also have a lower interest rate that allows for a more incredible amount of principle to be returned with every payment. As a result, shorter-term mortgages are much less expensive in the long run.

Variable Rate Mortgages have a specified period during which the initial interest rate stays constant; after that, the rate varies at a pre-determined interval. The fixed-rate duration might range from one month to ten years, with shorter readjustment periods often resulting in lower beginning interest rates. The loan resets after the first period, resulting in a new interest rate as per the current market rates. The rate will remain at a given level until the next resetting, which might be the subsequent year. The most significant benefit of a Variable Rate Mortgage is not as expensive as a fixed-rate mortgage during the first few years of repayment. VRMs are particularly appealing because their modest starting payments generally allow borrowers to qualify for a bigger loan and, in a falling-interest-rate market, allow borrowers to benefit from reduced interest rates without renewing.

In conclusion, when it comes to selecting a mortgage, you must weigh various personal variables against the economic forces of an ever-changing market. Individuals’ spending habits often endure ups and downs, interest rates increase and fall, and the economy’s resilience changes rapidly.