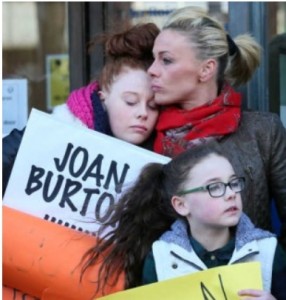 This was a unilateral move, and one that paid no attention to the tenancy contract. Not honouring contracts comes at a cost (eventually), so when people are upset on one hand at landlords acting in a way that is to a tenants detriment (an example would be an attempted rent hike mid contract), they should equally be upset when a contract is not honoured in the other direction (a non contractual rent drop on a ‘take it or leave it basis’ when the contract was only entered into due to the support of said supplement).

The failure of government, and Labour in particular who claim to represent the working people, to provide adequate housing in terms of supply is spectacular, and private landlords have become the state subcontractors who, for better or worse, filled this void.

That families are t

he ones being worst affected is no surprise, for some time the idea that rental supports were too low has been known, we wrote about the lack of it back in mid 2011. At that time rents support was almost 17% below asking prices for family sized homes.

So when we see an anti homeless action plan hosted by Threshold (the same people who were totally muted when rent allowance was cut) backed up by the PRTB (which is perhaps the lamest of all ducks in quango-land) it doesn’t inspire a belief any solution is forthcoming.

This is at the same time you have a debt lobbyist calling for people to stop paying their mortgage if they don’t get a bank deal. Where is the hard negotiations for the people who could never afford to get into debt? For whom there was never any Celtic Tiger? Why are we so misguided to think that it’s a great idea to help people who borrowed when we have so many in need who weren’t able to borrow to begin with?

And why are so many mortgage arrears which are really masking a social housing crisis (many shouldn’t be in the mortgaged sector at all) getting deals which keep them in a home thereby skipping the 100,000 person long waiting list and the whole situation over viewed by a minister who made a bad situation worse?