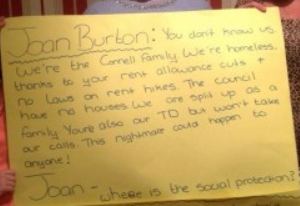 This was a unilateral move, and one that paid no attention to the … 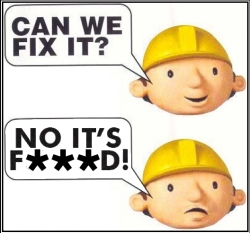 Just repossess stuff, there are REIT’s and Social Housing folks who want them

There is a message coming from two sectors who have a housing demand that isn’t discussed when it comes to the finger pointing game, but who, by rights should get a mention.

The most recent one is mentioned in Construction 2020. Under the heading ‘Social Housing’ on page 14 it talks about how social housing is important then says this ‘It is estimated that in the region of 5,000 new Social Housing units will be provided in 2014 through leasing and existing capital programmes. This includes completion of mortgage-to-rent arrangements’.

Translation: repossessed houses will help create social housing supply. It won’t add supply, it will just re-profile properties from one classification into another meaning the list length stays about the same for these properties. This merely lets people who borrowed leap frog the 90,000+ people in the queue ahead of them into getting a home (which used to be theirs) reclassified into social housing.

The ‘Mortgage to Rent‘ scheme came from the inter-departmental group …

The list of exempted properties is in the new property tax amendment to the 2013 Finance Bill.  Charities, properties held in trust, and those occupied by incapacitated people (within the meaning of section 189A(1) of the Act of 1997).

Of interest is section 7 which covers social housing. While access to social housing at the time of admission is normally due to diminished means of housing affordability, the upkeep, location and cost to local authorities is much higher than it would be for an equivalent private house. And a person in a social house is not removed should they become wealthier (their rent does increase).

Defaulting everybody in social housing into the lowest band places the same tax burden on people who may be at very different points in their career (and earnings capacity), it also doesn’t distinguish allowing for different groups within the social housing spectrum – there is a large difference in affordability between a younger single mother and an older couple with grown …