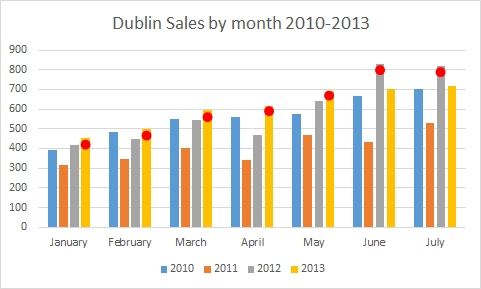 I suppose that comes down to what you call significant, if you are looking for any trend activity then take a look at …