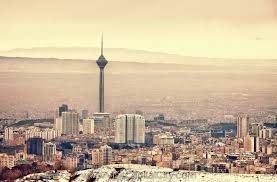 In Iran houses don’t always trade in the market the way they do in other countries, historically land and houses are passed on to children in the family to protect their wealth and assets (it isn’t just an Irish phenomenon).

Iran as we know it was changed from being called Persia to Iran by Reza Shah. He changed the name as he was in power trying to follow the footsteps of Ataturk as they were great friends and he used to look up to him and wanted to modernise the country.

Subsequently, his son Mohammad Reza Pahlavi at a very young age was placed into power to become the new King of Iran, he had studied in Switzerland and has always lived abroad and wanted to bring this idea of modernising and Europeanise and Americanise the country and the whole region.

From the early 1920’s when oil was explored and money was pouring in, the economy was booming and the fact that Iran is and always was a very rich country helped developed the infrastructure at an extremely fast speed, …