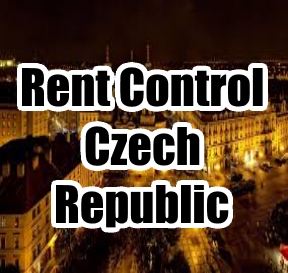 Any analysis of rent control in Europe must take careful note of the example that is the Czech Republic, where an estimated 90% of households lived in rent-controlled housing as of 2006. Since then, the country has begun the slow transition to a market-based system, although this has not been without pitfalls; there is a general consensus in favour of readdressing housing regulation legislation, but this has been met with considerable resistance by the citizens.

The prospect of citizens being responsible for their own housing is a new, and alien idea for Czechs, many of whom believe that the provision and maintenance of housing is the responsibility of the government. What has resulted is a split system: older Czechs live in rent controlled housing governed by the Price Regulation of the Ministry of Finance, whereas new renters, foreigners, and any property built after 1993 exists in the free market, with freely negotiated rental rates.