Newstalk interviews Karl Deeter about getting the country back to work

In an interview that drew a massive listener reaction, Pat Kenny interviewed Karl Deeter about the reasons he believes we need to get people back to work sooner rather than later. We would stress the point that this isn’t implied as doing so in a reckless manner, hand hygiene, distancing and other protocols already being followed in shops and essential services jobs would be required. Dr. Sam McConkey was also on to critique his view. The debate was well rounded and respectful, you can listen to the clip below.

Karl Deeter and Brendan Harbor of the Forsa Union discussed whether or not the state should agree to have the members of Forsa work fewer hours per week and maintain the same pay. Karl strongly disagreed making the case that if things like the health service are not working well now that you can’t expect them to maintain current levels or improve if everybody is working fewer hours, such an assumption is simply illogica.

The full clip of the segment is below. 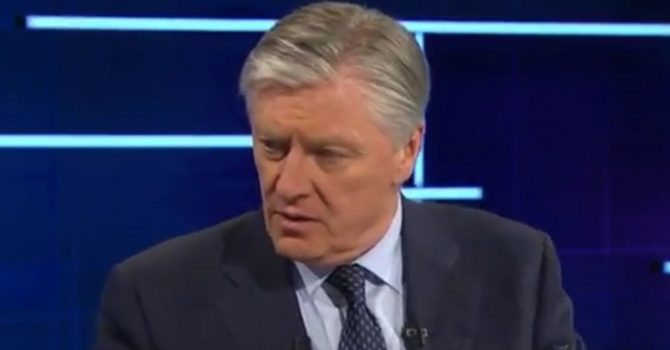 We were pleased to take part in a panel discussion on PTsb loans and how the sale would or would no imapct borrowers. We were on the panel with TD Mick Wallace and Fianna Fail TD Marc MacSharry. Later the head clerk of the high court Edmund Honohan joined the discussion.

Today we spoke to Pat Kenny on his Newstalk show about the plan for 95% mortgages that was mentioned in the Independent today in an article by Fionan Sheehan.

This plan is probably not the way to resolve a housing shortage or access to credit, a far better plan is to have lower costs generally, but we doubt this will be implemented.

On the 31st of July we spoke to Myles Duggan who was covering for Pat Kenny (same day as Pat’s big announcement!) about mortgage defaults, compliance and changes to the ability of banks to repossess homes.

My best laid plans have often blown up in my face, so chances are the idea I had which I mentioned to Pat Kenny last week has lots of snags built in; but today it was discussed on the Pat Kenny show (I wasn’t there for it) and given some additional context.

The thrust of the idea is that having something that is more process or practice based rather than principles based would work better in terms of fast and efficient negotiation.

You can listen to the concept in the link above which has the audio clip, but I’ll lay it out here too. When banks lend money they underwrite a person based on their affordability. My idea is that you re-establish a persons disposable income in their new financial circumstances and use the banks own calculations (albeit this time against them) to ‘re-underwrite’ the loan and in that respect reverse their own criteria against them.

Karl was asked to appear on RTE’s ‘The Frontline’ because of his support of property tax. This is ‘the wrong step in the right direction’ in his opinion. Less income tax with local authorities supported by a ‘Site Value Tax’ is the way to go in his opinion. It was not a popular opinion.

RTE ‘Frontline’ with Pat Kenny: NAMA for the little people?

Irish Mortgage Brokers was featured on RTE’s ‘Frontline’ with Pat Kenny on Monday the 12th of April 2010. The topic of the day was about bailouts for home owners who are in trouble with their mortgages.

Noleen Blackwell of Free Legal Advice Centre was there on behalf of favouring methods to save home owners, and Karl Deeter of Irish Mortgage Brokers was there promoting the use of market mechanisms as a solution, along with arguing the case that for many people, bank ownership of their home is not necessarily a bad thing.

This is a hot topic in Ireland, in particular because many people feel, that taxpayers stepped up to save our banks, so now they should do the same in return.