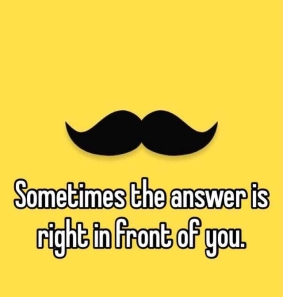 There has been an ongoing narrative that the last housing boom (and many others) was only possible due to excessive credit. We have argued for a long time that this is a mistaken interpretation. While credit can make a bad situation worse, just like adding fuel to a flame, it is not the genesis of the problem.

We were pleased to see this view articulated by the Central Bank Governor Philip Lane recently. He stated that “cash buyers of property are limiting the ability of the Central Bank to control house prices through mortgage lending rules” he “singled out cash buyers as one of the key drivers of inflation in the Irish property market. Cash buyers used to account for about 25 per cent of house purchases in Ireland, but since the crash and ensuing credit crunch this figure has risen to 60 per cent“.

This is a point we have been making for years, firstly was that first time buyers are not, and have not been the problem. That was part of why we were specifically … 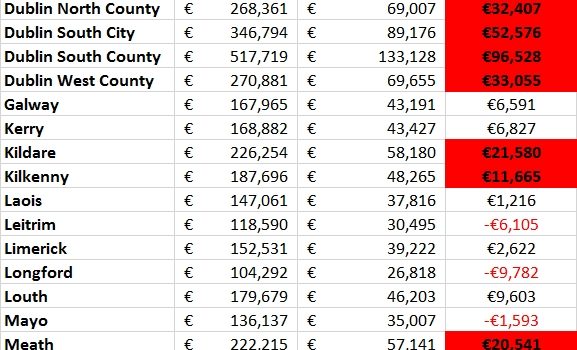 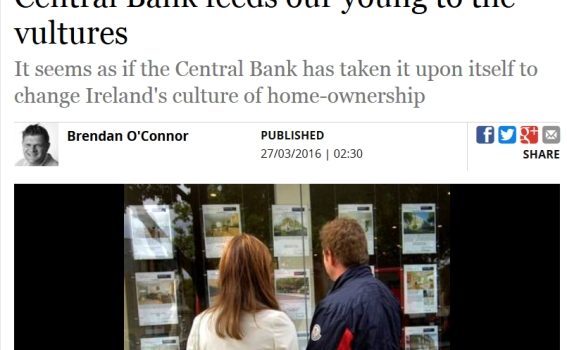 We were happy to see that our concern about social engineering was mentioned in an article in the Sunday Independent by Brendan O’Connor, the quote is below.

The issue of social engineering was first raised by us in the consultation process when it began in 2014, specifically we said this was a concern in the following two quotes taken from our submission:

This policy will ensure that many people fall prey to a policy that in protecting banks hurts their future wealth. We are, and will remain, strongly opposed to measures that have societal engineering outcomes such as this.

And later we also said that

For people who don’t have rich parents …

PTsb have just issued a new rates matrix and the prices are good, they have a standard SVR for all loan to value amounts (ie: 90%) of 3.99% and 3.69% for LTV’s below 70%, these then revert to 4.34% after the first year which is not the market leader but it is right up there in the same ball park.

This (to our thinking) confirms PTsb’s re-commitment to the market, they have said they will up lending to c. €450m from the €60-70 (that’s the mortgage portion, the officially reported 90m includes all credit) they advanced in 2012.

They have also re-deployed staff in their broker centre which was a one person business unit last year! The staffing numbers there will be 5-6 people for 2013 which means there will be ample access for the intermediary channel, obviously direct and branch will also be active, all said it seems likely they may reach their target of €450m new lending.