We gave a few thoughts on the recent ISI figures.

That the case numbers are low is to be expected, firstly, informal negotiations have had a six year head start, you can’t expect the ISI to be caught up already, secondly, in the UK it took about a decade for the system in general to find its feet.

Lastly, many people don’t want to use personal insolvency as it is rigid and informal deals are not to the same extent, banks offer better terms outside of insolvency, and perhaps the greatest success is that banks are doing these deals only since the ISI launched.

Prior to that they wouldn’t so the fear of people using these solutions has spurred the lenders into action. 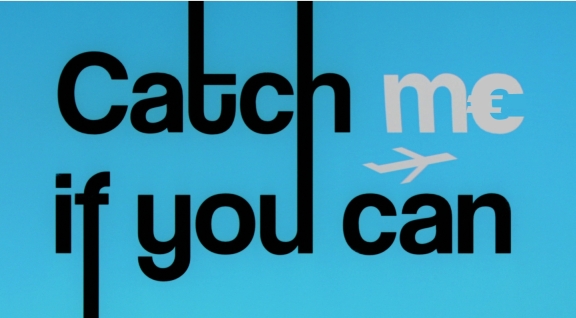 Talking with a strategic defaulter…

That strategic defaulters do or don’t is just a sideshow about quantifying their numbers, for several years we have been dealing with them on the advisory side of our company. Banks have large legal departments and teams chasing borrowers, and in turn the borrowers will from time to time hire their own professionals as a counterweight to the process, what you are about to read isn’t intended as justification, ethical reasoning or anything else, it’s just an insight into the thoughts of a strategic defaulter, why they did it and what has happened so far.

The person in question is a white collar professional and the director of a relatively well known company, she agreed to speak to us on the basis that we kept her identity private. She has a family home and six investment properties.

Karl: Did you make a concious decision to default on your loans? If so why?

Yes, because the bank were insisting I go on interest and capital repayments on the investment properties and the figures just wouldn’t add up so I chose to … 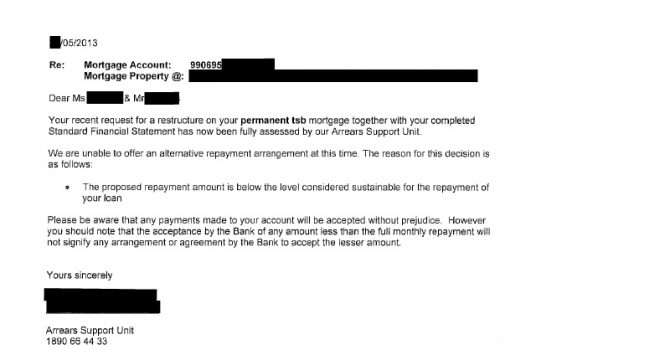 Something that people find really frustrating is how they look to a bank for a solution and are simply told ‘no’, there is never any mention of ‘what will work’. Imagine going into a negotiation where you have no idea of what is acceptable to the other party (short of full repayment), or even where full repayment can get rejected!

How are you meant to find any answer -given that all solutions are unknown and unknowable – if there is not at lease some kind of counter offer? Imagine doing this in any other area of your life…

How to approach your bank about a mortgage problem

There are plenty of people having money related problems of late, often it is not the ‘rate’ but the ‘weight’ of the general debt that is getting them. Simply put, they have borrowed too much, sometimes its on credit cards, other times it’s a single huge mortgage or many of them. What matters is that the situation is untenable and they need to talk to a lender.

What I can say is that having a plan in place before going and speaking to the bank is a great idea, if you go along and let them control the game you will only get offered the solutions they see as being fit for you. On the other hand, if you go with a well made out plan and several options you are likely to have a higher success rate, this isn’t just my opinion, it is also something that has been said to me by several senior credit controllers across a few banks.

So have a good file with all of the necessary information, make sure that you have a plan …

The only growth area in our economy at present seems to be in the deterioration of debt quality . . . but for the second half of the year it will not only be an ‘unemployment’ lead increase, rather it will be with the additional impact of lenders creating the problem via mortgage …

Currently banks are not interested in dealing with customers who ‘might go into arrears’, they tend to brush them off – instead focusing on the people who are already in actual trouble. This doesn’t seem rational to me from a business perspective – and this approach would fail any standard test of common sense – if you knew a storm was coming would you carry an umbrella? If you knew and were warned in advance that it was going to be a blazing hot day would you get some sun-cream? Oddly the Irish mortgage lenders defy logic when it comes to knowing that certain clients are going to fall into arrears, and this is going to ruin thousands of credit histories that could otherwise be maintained. Credit aversion might be the name of the day now, but these same consumers may feel differently in five years time.

The Irish Bankers Federation has produced a guide for people who may be having difficulty in servicing their mortgage. This is a timely publication and relevant to many consumers. We previously published our Repossession Guide in early 2009 but it doesn’t cover the new Code of Conduct for Mortgage Arrears 2010 and the IBF one does.

Ultimately much of the information is common sense with some of the Code of Conduct being applied, having said that, it is vital to understand and utilise the information contained in the guide if you find yourself in difficulty, as this may be the only thing standing between you and a pointless repossession. Losing your home is one thing, doing it unnecessarily is another.

There is a wider question in Ireland about how we are going to solve our mortgage mess, the figures of houses in serious arrears continue to increase and forbearance cannot become a long …

Dealing with arrears – a collectors tale

Today’s post is by a guest writer who we cannot name, but we can tell you that this person works in the collections department of a major Irish lender, this person (or somebody like this person) is the one who will call you if you are in arrears on your mortgage. In this post we will reveal some of the inner workings of a collections official and the various things that they do as well as letting you know some of the unpublished things that you should do to protect yourself. Our guest writer has many years of experience in collections, during both the boom times and the downturn.

So now, over to our guest writer…..

There are a lot of buzzwords in the press at the moment and a few of them are regarding what to ask your lender for if you are in arrears. At this stage we have all been told that if you fall into arrears you should ask for payment breaks and interest only periods etc. However, simply asking does not guarantee that you will …

A question we are sometimes asked is ‘what do we do if rates rise and we find it hard to make payments?’. The root of the answer lies in not getting into debt you may not be able to service in the first place, having said that the home of your dreams is not always going to be sold at a dream price and many people are feeling an increasing debt burden in 2008. This is down to a slowing economy, redundancies, increased margins on loans, and ECB rate increases.

Today’s post will have some simple tips about money management and ways to avoid bad debt. For a start you need to get a piece of paper and write down guaranteed outgoings, such as mortgages, personal loans, credit cards, groceries etc. If there is a hierarchy in what requires priority food comes first then further down the line debts, for debts (if you ever have to make that choice of which one not to pay) make sure you pay your mortgage first, and personal loans further down the line.