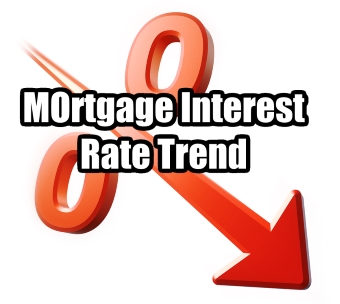 Mortgage rates set to drop and competition to increase in 2015

We have commented several times since last year that the trend for mortgage rates in 2015 will be to see them drop. With spreads of c. 300bp’s on lending it makes it one of the reliably profitable sectors of banking given the stringent underwriting being applied.

With the Central Bank looking to curtail first time buyers but doing nothing about incumbent borrowers getting restricted it means that they have directed the market towards refinancing.

This is because one of the niches left on the table is that of existing variable rate holders, which banks will now try to tempt away from one another in an effort to grow market share.

There are many who cannot take part and below is a list of the mortgage holders who won’t benefit.

Those in negative equity, they are going to be stuck when it comes to refinance, they can trade up with a negative equity mortgage but they won’t be able to ‘switch’. Those on fixed rates which accounts for in the region of 50,000 mortgage accounts, they face break penalties, and only …

Banks: give you an umberella when its sunny and take it back when it rains

Samuel Clemens (aka Tom Sawyer) brought us the quote which is the title of this post, ‘banks give you an umbrella when its sunny out and take it back when it rains’, his simply worded expression held as true in Missouri of the late 1800’s as it does today.

Recently we had a client who is on an interest only mortgage, their circumstances have changed right when their interest only period was about to run out, naturally we suggested that they ask for a continuance of an interest only period, while this won’t work down the capital amount owed it will keep their cash flow alive and if you have to chose between owing more and being unable to pay then the former is preferable. Sitting in a pot might not sound great but it beats the raw fire.

The bank were happy to comply and they sent out a letter, it was at this …

How falling interest rates hurt banks during a liquidity crisis

The falling interest rates are heralded by consumers of Irish mortgage companies as a godsend – well, for the clients of the Irish banks who actually pass on the full rate cuts that is! However, at the same time it creates a rate compression which damages the bank and this is what we will consider in this article.

Banks have two sides to the operation roughly speaking, on one side there is the lending function which we are all aware of, mortgages, car loans, personal loans etc. on the other side is the deposit taking function which provides part of the money they lend out. There is of course the interbank market which supplements (and often surpasses) deposit funds for lending, but to keep things simple we will focus on a world where deposits roughly equal lending.

Tracker mortgages are a mortgage that is tied to some form of base, be it the ECB base rate or the Euribor, in residential lending it tends to be the ECB in commercial it tends to be the Euribor. Today interest rates were reduced by a further 0.75% giving a new base rate of 2.5%, which is the lowest it has been since March of 2006,the Euribor is now at 3.743% and will see the base rate drop filter through in the coming days.

Commercial loans tend to follow the Euribor, specifically the 3 month money which banks actually tend to use to finance most of their operations. The way that banks operate is to sell long term but finance short term. This is where they create their margin and its based on the yield curve, part of the problem in the last 12 months was a yield curve inversion which made lending difficult and was a …

The current market is heavily weighted in favour of the buyer and for that reason we have seen more first time buyers interested in finding out how much they may qualify for, albeit that they may not plan to buy any time soon, many people still seem to be holding out for the ‘market bottom’, and naturally we don’t know when that time is, will be, or was (because it could have been last week, only time will tell), it is only with hindsight that the actual bottom can ever be accurately identified.

Another reason is that there are expected rate cuts coming, the next will be delivered at the 4th of December meeting of the ECB next Thursday. Many potential buyers are thus going to wait to see what kind of drop is delivered, if Trichet indicates that another may be in the pipeline it will have a strange effect of causing the inverse of what monetary policy is intended for.

The question we are getting recently is ‘what …

How bank margins are likely to be set in the future

We have seen the rise of the ECB (European Central Bank) over the last three years and the possibility of more is never far from the mind of the ECB. The current cost of mortgages however, is not solely tied to the prices set by the ECB, instead it is down to banks piling on lending margin [that makes loans more expensive to the consumer but more profitable to the bank].

It is important to think about this when you think about where your money is going to be going in the future, margins have widened from about 0.5% or there abouts to more than 2% in many cases meaning that there is a 1.5% uplift in the actual mark up the bank is charging, that translates into an extra €375 per month on a mortgage of €300,000 (in interest payments only!).

Interest Rates: The Fed, The Bank, and the ECB

Interest rates are again in the headlines as the Fed, the Bank of England and the ECB all had meetings. It may be a little known point but in the past there was some currency co-operation, namely the Plaza Accord and two years later the Louvre Accord and although there is no official ‘strategy’ we may start to notice that central banks act with at least some degree of collusion as they try to solve global economic issues. That last sentence might confuse, on one had interest rates are not connected to currency strengths but interest rates do have an effect on inflation and inflation can be brought about by currency manipulation (namely having too much in supply).

The Irish rate of inflation thus far in 2008 dropped from 5% in June to 4.4% according to the Central Statistics Office (CSO) the article in the Times didn’t mention if this was headline or core inflation. It has been our belief for some time that …

UBS write down €37 Billion, wait…How much is a billion?

One Billion seconds ago it was 1959, one billion minutes ago Jesus was alive, a billion hours ago our ancestors were in the stone age eating raw meat and dying of common colds. A billion days ago there we were not walking on two feet. However in monetary terms a billion dollars ago was 8 hours and 20 minutes ago at the rate it is being spent by the US Government, it’s 5 days ago at the rate the ECB has been printing it in order to avoid the credit crunch and it is also almost as much as Sierra Leone’s GDP (at the official exchange rate), that’s for the whole country for a whole year.

So when UBS came out and said that it has ‘written …

What are the best mortgage rates? Mortgage Interest Rates explained.

What are the best Irish mortgage rates? What are interest rates and where do they come from? These are all good questions and in today’s post I hope to answer some of them.

Often I find that people call me and ask ‘what’s the best rate’ and then there is silence on the other end of the phone as they await an answer. The truth is that at any given time there is a ‘best mortgage rate’ out there, but normally there are restrictions surrounding it which inhibit the ability for most borrowers to avail of them.

We have come out of eight rate hikes which began at the end of 2005, and in an upward rate market people often feel that their old loan has become expensive, in fact it’s not necessarily the case that the ‘old loan’ is exceptionally dear, its that the rate market has gone up and therefore the cost of all loans has gone up, when we talk about the greater ‘debt burden’ that’s what we are referring to, because car loans, higher purchase, leases, …

The ECB won’t cut rates? A central bank doing exactly what it should.

The Fed is still trying to bail out the US economy, there must be a fundamental belief there that a recession is the worst thing in the world. Personally I would feel that the 1,000,000 lives lost in Iraq outweigh the damage a recession might do but for some reason the efforts to end the war pale in comparison to what politicians and policy makers are willing to do to avoid an economic downturn.

Bear Stearns was bought for $2 a share by JP Morgan Chase, their stock price was about $38 recently, and the money to do the bailout was Fed backed. In fact the Fed is evoking laws designed during the great depression to lend direct to banks.

The USA has recession aversion, it’s almost like the economy there is one giant dog dry heaving to Pavlov’s recession bell. The issue is that the budget still has to be met, these bailouts cost money and the money …