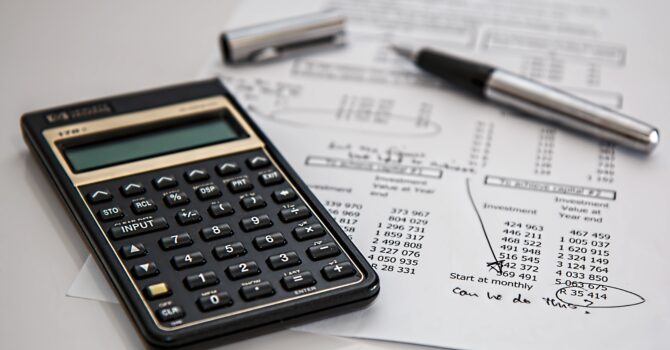 Over the past year, the covid-19 pandemic has caused many economic challenges for Irish citizens and people worldwide. Between level 5 lockdowns, business closures, and soaring levels of unemployment, it would be logical to believe that people may be falling behind on payments, especially mortgages, which are most people’s largest and most important monthly payment. However, recent data shows that the number of mortgages in arrears actually  decreased during the first quarter of 2021, despite level 5 lockdowns and record high unemployment rates.

Recent data from the Central Bank shows that the number of family home loans in arrears decreased by 2,838 during the first three months of 2021. During this period, the Covid-adjusted unemployment rate hit its peak of 25.1 per cent in early January, as thousands of businesses were forced to close their doors due to level 5 lockdowns. This is surprising given that the number of people behind on their mortgage payments actually decreased, while conventional wisdom would expect to see an increase in arrears. This contrast suggests that government supports, such as pandemic unemployment benefits, have … 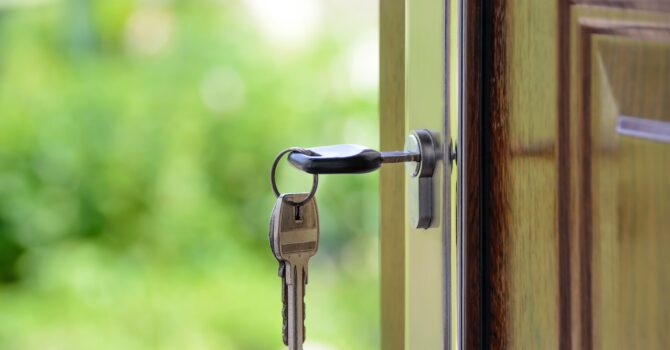 What does it mean if your mortgage is in arrears?

The mortgage on your house or apartment is one of the biggest and most important financial commitments that most people have. If you fall behind on these payments, it could put you in a very difficult  place financially. When you miss mortgage payments, you may fall into what’s known as mortgage arrears. If you fall into arrears, your lender may eventually repossess your home. This is why it’s important to contact your lenders Arrears Support Unit as soon as you fall into arrears, or even pre-arrears. However, repossession is a last resort for your lender, as they generally want you to make all your payments on time. This is why, before they repossess your home, your lender is required to offer a Mortgage Arrears Resolution Process (MARP), per central bank guidelines. Under the MARP, your lender will offer a variety of solutions to help you pay back what you owe, in addition to paying back the amount in arrears in full.

If you enter the MARP, your lender will first conduct an assessment of your financial situation and your ability … 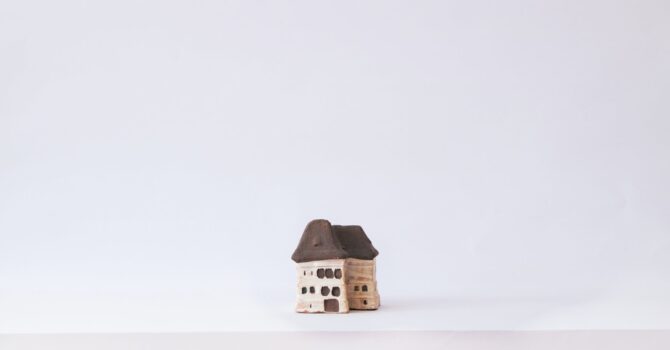 Could harsher punishments for mortgages in arrears lead to lower rates?

Mortgages are notoriously expensive in Ireland, with rates twice those of the Eurozone average. How best to address this problem has been a hot-button issue in Ireland for some time. Now, some are putting forward a new solution: harsher punishments for borrowers with mortgages in arrears. One of Irish banks’ stated reasons for rates being so high is that failing to meet mortgage payments doesn’t have high enough consequences for borrowers. For example, home repossessions in Ireland aren’t very common, since the process is so complex and can take several years. As a result, loans are riskier investments for lenders in Ireland relative to other Eurozone countries. If this is indeed the reason for rates being high, it follows that tougher treatment of such borrowers would lead to lower rates for everyone else.

Regarding the number of borrowers this would affect, statistics from the Central Bank of Ireland show that 5.3% of all principle dwelling house (PDH) mortgage accounts were in arrears as of December 2020. This percentage includes a total of 38,785 accounts. However, it’s also worth noting … 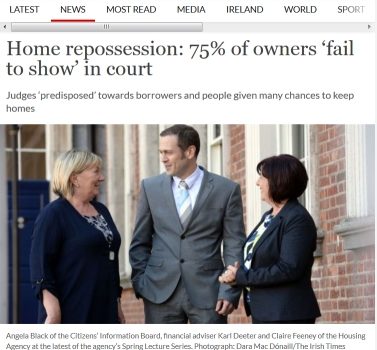 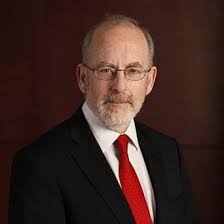 How criticism is meant to sound

In Ireland we are often publicly coy about saying what we mean, in particular as a person departs or dies the tendency is to wax lyrical when during their time or tenure the opinion a person held wasn’t in line with the following statements.

In our firm we tell it like it is, we say exactly what we mean, no matter what, that is why when you look at the critiques in this article by Colm Kelpie about the departure of Central Bank Governor Patrick Honohan you see that we stick to our guns.

There is nothing fluffy in this…

Karl Deeter, Irish Mortgage Brokers: “Whatever people say about his performance as a governor, on the consumer protection side he oversaw some of the worst regulation in the modern western world, particularly the ban on repossessions, the unworkable code of conduct on mortgage arrears, and the fact that Ireland has a persistent arrears problem unlike any other developed country in the world. They show an unwillingness to deal with some of … 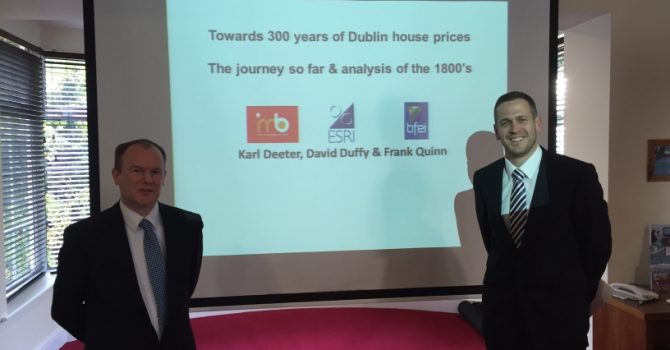 This was Karl’s fourth year in a row presenting at the conference- although this time his presentation was on court statistics in possession hearings, Frank took care of the property paper on his own. Above is a picture from the day.

Further commentary on the court findings will be released soon. 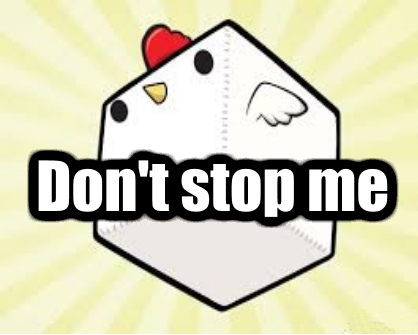 Why not make a bank’s veto backfire on them?

There are two views that have been mentioned recently, one is that bankruptcy should have a reduced term to 1 year and the second is that banks have a veto on insolvency deals.

Perhaps the best way to resolve the issue isn’t to make bankruptcy one year for everybody, but rather to make it one year when and where a bank has rejected an insolvency solution put forward by a personal insolvency practitioner.

This would mean their decision to veto has a negative impact upon them, there are consequences to rejecting genuine offers. Obviously this would require some tweaking because individual cases and circumstances can become quite complex, but it would certainly help a creditor to sharpen their mind if they knew that a refusal could then have worse outcomes without affecting their contractual rights.

How bad did we manage the mortgage crisis? Pretty bad, here’s Cormac Lucey on it

Cormac Lucey looked at the deplorable state of how we managed the mortgage crisis in the Sunday Times, the clippings are below.

The piece talks about the countless regulatory failures we have endured, and that we did this despite knowing there were better options available.

When you make it nigh impossible to do the right things, it’s no surprise that you get the wrong outcomes.