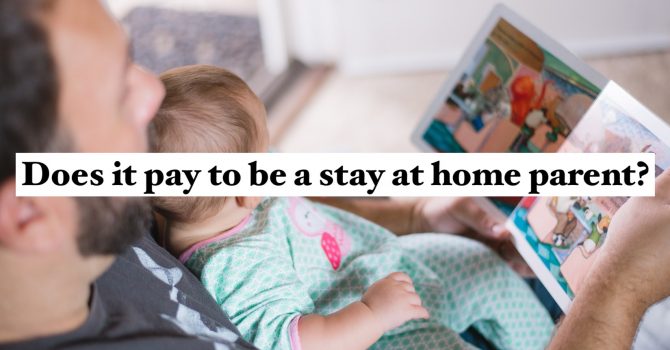 Does it pay to be a stay at home parent?

Parents say that watching their children grow up can only be described as priceless, but what if we were to put a numerical value on it? With the percentage of the younger generation growing at the highest rate, there is an obvious influx in new parents within the population.

Many of these new parents take a term of absence from their workplace, which for mothers in Ireland this leave can be up to 42 weeks, or a bit over 10 months. During the first 26 weeks, you are compensated in the hopes that these funds can be used for immediate child care supplies; the minimum rate that you can be given per week is €235/week.

Ireland’s benefits  in regards to maternity leave come in second best in comparison to other countries in the European Union. With a lengthy amount of paid time off and additional weeks allowed, many parents feel that they are being supported by the government during this stressful but exciting time in their lives.

Once these benefits end and the child gets older, parents are faced with …