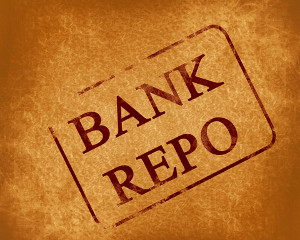 We tried to put the main themes behind the 60 pages of the report (minus appendices) into a 1,000 word condensed version.

To begin with the report (here) is just that, a report, it isn’t an automatic initiation of policy change although it may affect policy change in the future.

The Expert Group on Rerpossessions was established in September 2013 at the behest of the Troika  and was mentioned in the 9th review of the Memorandum of Economic and Financial Policies (MEFP).

They didn’t understand (nor did our own decision makers) the reasons behind the length, lack of predictability of outcome, cost of proceedings and how it stacked up compared to other jurisdictions.

We have an abnormally low rate of repossessions in Ireland, that is both in absolute terms and most tellingly in relative terms to other countries, and the system for this is also lengthy, complicated and expensive.

There is nothing in the report which calls for wholesale repossessions, and in light of the facts (rather than the spin) …

What banking insiders think of what banks are going to do

We got a comment on our site from an ex-banker who heard a radio segment where we were talking about banks and repossessions. We got in touch and asked if we could post his comment as a stand alone entry, he agreed, his thoughts are very interesting and in part might help explain why we have repossession orders without repossessions, eye opening reading…

I listened to your piece on Newstalk this morning (19/08/2013) regarding ‘strategic defaulters’ and I just wanted to congratulate you for highlighting the reality of this issue.

I worked for the former *closed bank* for over 17 years and for a two year period I was it’s Mortgage (Residential) Administration Manager. Although I’m out of banking now I still help former clients with negotiations with various banks.

My experience over the past couple of years, and especially this year, in ‘dealing’ with the banks, foreign and domestic, has exposed some incredibly unethical and unfair practices and on the whole I fear …

Repossessions in numbers: Ireland vs the UK

When we hear that ‘we have a low level of repossessions’ it is comparatively true. It may be devastating for the people affected (as are things like cancer, the death of a loved one or any other tragic event), but it is still a relatively low number when you look at the empirical facts.

Here is a graph showing the number of repossessions in Ireland vs the UK per 100,000 mortgages. This base is better to use due to population differences. And while it may have inherent skews due to borrower/lender profiles and the like, it doesn’t explain away all of the variation.

Out of the the total population of 4.49m people there are about 750,000 mortgages (covering 1.6m households). This means that fewer than 50% of households even have a mortgage on them at all. At least every second home can’t have a ‘mortgage’ problem for this reason.

We do have a mortgage crisis, it has been building for a number of years, but to think that this is …

Is keeping families ‘in the home’ merely keeping them in the fire?

You must question the morality of ‘keeping people in the home’ when doing so will push them deeper into debt they already can’t afford. The misery of a repossession is not the day you are told you have to move house, rather it is the stress on the way down, the calls, letters, meetings, the apprehension merged with repeated requests to fill in budget forms, and all the time knowing that you are unable to walk away because of our draconian debt laws.

We have 36,500 households in arrears, the greatest attrition is moving from 90-180 days into the 180 days or more unpaid, meaning that the people who go into arrears are not coming back, they remain unable to pay; the figures are hardening in the worst possible sector of the statistics.

Oddly, an increase in the 3-6 month bracket (if the total sum was stagnant) would be a sign of recovery as people paid their way back down the chain towards having a …

Regulatory failure: the ban on repossessions

In providing a blanket ban on repossessions our regulator has deployed the bluntest tool in the box with all of the grace of a Rhino on ice skates.

We brought in a new Governor and Regulator with a view to creating real change, but it seems that populism reigns supreme given that Mr. Elderfields first major move since taking office was to give a one year blanket ban on repossessions – that is a textbook mistake.

Everybody accepts that the incentives in life are carrot on one hand and whip in the other, when it comes to arrears the carrot is that of getting your payments back in order, keeping your home, and feeling secure, the whip is that the bank will take your house. When there are no repossessions allowed there is neither whip nor carrot, you will keep your home, securely protected by unthoughtful legislation, and payments…. if you don’t make any you can still walk away after 12 free months.

When deposit rates drop and …

Dealing with arrears – a collectors tale

Today’s post is by a guest writer who we cannot name, but we can tell you that this person works in the collections department of a major Irish lender, this person (or somebody like this person) is the one who will call you if you are in arrears on your mortgage. In this post we will reveal some of the inner workings of a collections official and the various things that they do as well as letting you know some of the unpublished things that you should do to protect yourself. Our guest writer has many years of experience in collections, during both the boom times and the downturn.

So now, over to our guest writer…..

There are a lot of buzzwords in the press at the moment and a few of them are regarding what to ask your lender for if you are in arrears. At this stage we have all been told that if you fall into arrears you should ask for payment breaks and interest only periods etc. However, simply asking does not guarantee that you will …

Fast Track Repossessions, what does it mean?

There has been an interesting development in the area of repossessions in recent weeks in which a property can be taken back (repossessed) without a full court procedure having taken place. Today we will consider how this will work.

First of all, there are several things which tie in together in 2009 and they form part of reason behind the new ruling. The use of circuit courts to repossess a home used to be commonplace because the decision was set in a court depending on the ‘rateable value’, but the domestic rates system was discontinued in 1978, thus, the hearings started to default into the higher echelons of judicial decision making and today the common court for repossession hearings is the High Court.

The new rule means that a Registrar will decide what is seen or not by the court and a side effect of this is that a house can be repossessed without actually going before a judge. It is important to note that a registrar is not merely a …