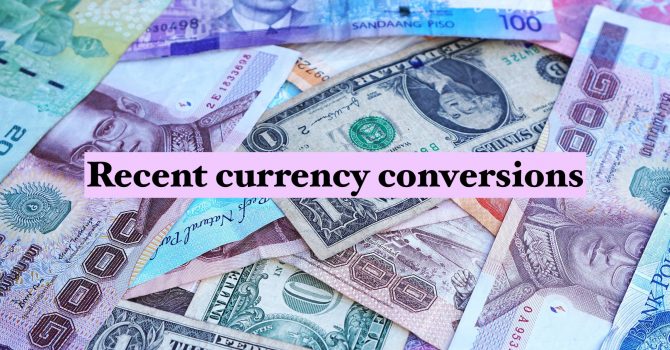 One of the hardest parts of traveling outside of the EU, or any area that uses the same currency as your own is dealing with exchange rates. Many people traveling from Ireland for business or pleasure to their neighboring country, the United Kingdom, many times find themselves exchanging their hard earned euros for a lesser amount of British pounds.

As of late, any person traveling from the EU to the UK may have noticed a decline in the value of the pound compared to that of the euro. Within the last month and a half, the pound has hit record lows since 2009; the exchange rate is 88.92 pence per euro.

This low extends to the exchange rate associated with the United States dollar. One pound sterling is currently exchanged for $1.268. In just the beginning of May 2019, the rate was $1.32/pound. This is a significant loss in value over one month’s time.

This fall is heavily due to the instability of the economy that rests on the shoulders of the October 31 Brexit decision. The … 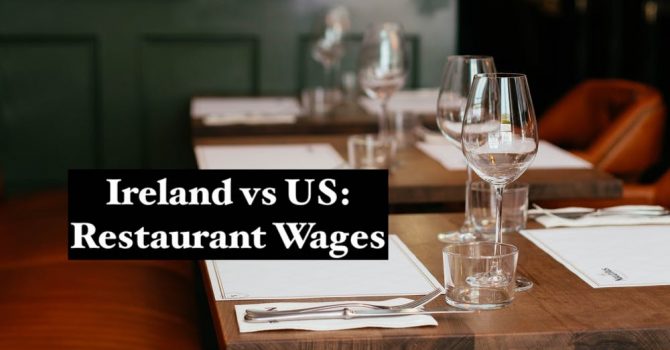 Ireland affordability from a US student standpoint: Restaurant wages

Working in a restaurant can be an extremely exhausting job, especially when there are requests from a multitude of customers flying at you all at once. Luckily, the staffs ability to fulfill these requests timely and politely pays off in the form of monetary compensation; this is usually a successful motivational tool.

In recent months, there have been reports that many restaurants across the city of Dublin and far beyond have been unclear with customers about how their tips are being charged and where that extra cash ends up. For the most part, people assume that a server who provides exceptional service will receive the entirety of the tip that you leave for them. Many times, that assumption is wrong.

The Minister for Employment Affairs and Social Protection Regina Doherty has picked up on this issue, promising workers in this industry that there will be changes to the tipping system. These changes are aimed to make businesses more transparent about how this optional part of the bill is split up within the company.

As a customer, getting information … 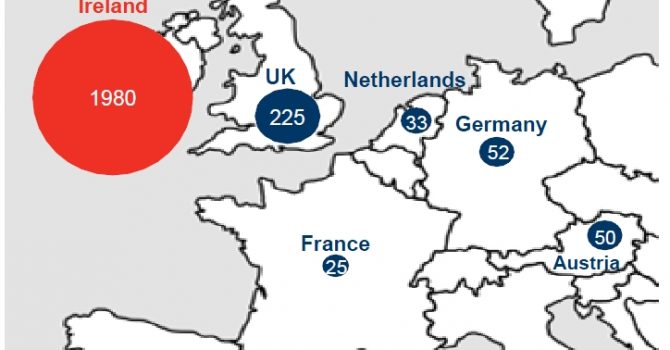 We are an international leader (at selling distressed loans)

This info-graphic is an interesting one, it shows the value of loan sales per head of capita across much of Europe.

We have done almost 9 times more than the British, trumped the Germans 38 times over and the Spaniards would only catch up if they increased their loan sales times 55!

We are truly special and so far in the lead when it comes to this.

Martin Wolf talks to Bloomberg about the situation in Ireland

Numbers losing jobs is slowing down – in Govt. speak they call this ‘stabilization of the labour market’. Deleveraging (paying off money) and high savings are causing a drop in …

The Euro is a credible currency

Quantitative Easing (which used to be called deficit monetization) is justified – in this clip – by ECB president Jean Claude Trichet. Monetary policy works…. eventually, and when it does it tends to result in high levels of inflation.

Some people said the Euro wouldn’t last a decade, for our part, we hope that they are proven to be wrong, the will of society is a very powerful incentive and can be the difference between what should happen in theory and what actually occurs, for that reason I think the Euro will pull through but there will need to be some serious changes made in the way that the Eurozone manages itself.

There is enough money in this country to clear all of the bonds required, and it is held in ready cash format. …

How you are already paying for nationalization

With one bank totally nationalised and others due to get recapitalised any day now it is time to ask ‘Who is paying, or going to pay for all of this?’. And the answer is in short – the tax payer, it’s just a matter of when and how.

One interesting conversation I had today was with a banking colleague (and I don’t have many friends in the bank system!) who asked me this ‘How can some banks offer deposit rates that are so far above the money market?!’. I told him that this offer existed because of the margins being charged on their lending.

His belief was that they are effectively selling government bonds via their deposit function, the state can either capitalise them -and doing so goes on the official record- or they can be propped up with deposits paid in by the public for high returns, however those returns may eventually have to be paid for by the state and thus, ultimately, by the taxpayer.

Where will the rent takers hide next?

Taking rent is perhaps the best and yet most unproductive part of an economy, in the past we have spoken about the concept of ‘rent taking’ regarding economic bubbles and the effects of same. The last few years have seen rent takers jumping from one resource to the next in search of a good place to rest.

In the dotcom boom the rent taking was in the real estate of cyberspace, buying ‘probable’ names and sitting on them was popular until it proved to be a pointless exercise as companies found other ways around the problem, in some cases (such as 20th Century Fox re-branding because somebody bought 21stCenturyFox.com etc.).

After that the low rates and capital gains to be found in housing caused the next boom bust, it is fair to say that it was the land owners (the original rent takers) who did the best in this scenario. In any case the money left housing from 2005 onwards (for instance Berkely group sold off half of their 26,000 land …