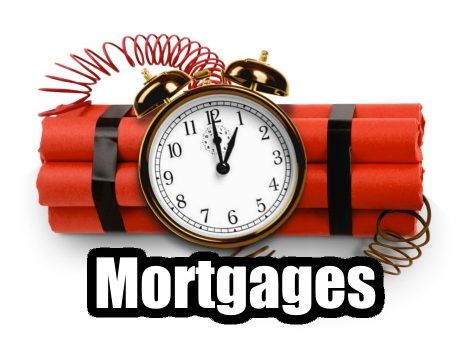 The interest only time bomb…

We put up the Central Bank figures on interest only mortgages but thought some further thoughts on the matter might help.

That ‘interest only’ was used at origination isn’t news. Prior to the 2009 taxation changes on how mortgage interest is dealt with offsetting the interest meant that the capital payment effectively became your profit.

The shift away from this created cash-flow losses on money that was not truly received as profit and has helped create arrears. This unfair taxation treatment has avoided the exposure it warrants and it’s unfortunate that many commentators in the credit crisis space either lack micro-views or wantonly avoid it in order to look at things that are more emotive in order to create their arguments.

A moniker of ‘unfair’ is earned not granted, because the interest treatment is based upon the zoning of the property. If you had two Georgian buildings next to each other, one was a rental home the other an office, then the loans for the office are 100% offsetable, the one on the house …