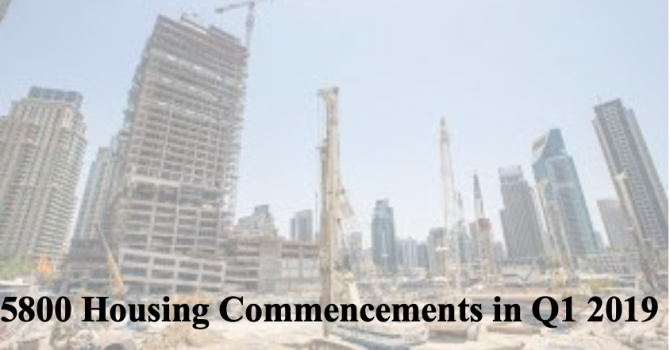 The Banking & Payments Federation Ireland released their latest Housing Market Monitor report today. It consisted of many different numbers and statistics that will be explained in this blog.

Ireland has consistently seen a large influx of newcomers recently. In the first quarter of 2019, it was reported that the number of housing commencements increased by 31.6% compared to the first quarter of 2018. Additionally, 5,800 housing commencements were registered during that same time period. These numbers are good signs for the Irish people. An increase of new construction will help out with the shortage of houses available and allow for a continually growing economy.

In response to the increase in number of housing projects, one would also expect the number of mortgages given out to increase as well. Mortgage approvals grew 9.2% in the first quarter, while mortgage drawdowns increased by 8.9%. Increase in the number of mortgage approvals can raise some red flags. Mortgage defaults can be deadly for both parties involved, however, with Ireland’s growing economy, defaults should not be an added worry.

The major increases in …