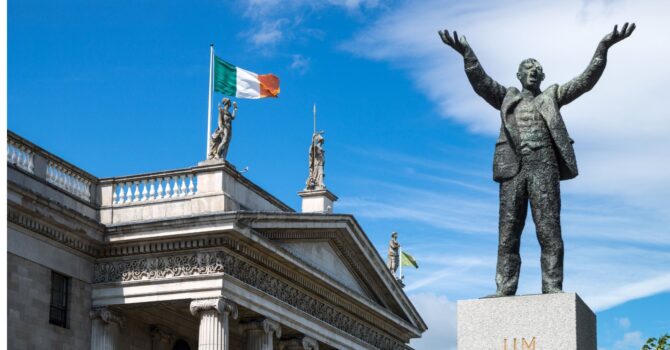 What is the Difference between Mortgage in Ireland and Other Nations in Europe?

Buying a house is always a person dream as compared to renting a room to live in. All countries have different mortgage structure that favors both investors and people that desire to buy or invest in real estate. When comparing the mortgage in Ireland to other European counties, many often say that it is expensive to pay the rates in Ireland than in well developed countries like France and Britain.

When making comparison, it should be noted that mortgage rates in some countries are lower due to their financial stability and the creditworthiness of their creditors. Other factors that affect mortgage rates include bond markets, monetary policies, economic growth, inflation, and the general state of the property market. Market prices tend to rise as they become more stable.

To start with, the reason many experts think that mortgage finance is higher in Ireland is because by international standards, Ireland has a shockingly low level of home possessions. In most European countries, if a loan goes bad, the bank will take possession of the property within a year, which obviously … 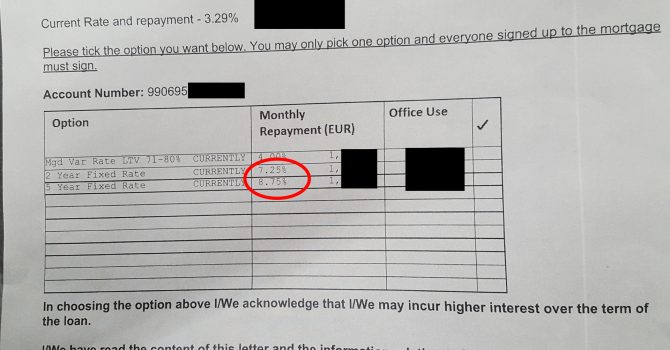 PTsb compel clients to go for variable rates as fixed rates start at 7.25% (no joke)

We thought a client of ours was joking when they said they were being told that as an existing customer of PTsb on their mortgage that the only fixed rates they were getting offered were more than 7%.

It’s a standard residential loan rolling off a 1 year fixed rate, the ‘existing business rates’ (to you and me that’s ‘the loyal customer rates’) are so awful that we can think of no reason for why anybody would want to borrow from PTsb unless they never want fixed rates or need the cashback offer they have.

As a broker we obviously have to consider our past, present and future relationship with any lender, one way to sour that relationship is to take clients who are on a reasonable product and price and then strip them of choice (which is what a rate of over 7% effectively does) when the initial honeymoon is over.

We were asked to speak with Pat Kenny today about variable rates and the government plan to intervene to make banks drop them. This was, after considering various pieces of evidence shown to be a deeply political rather than pragmatic move. We also demonstrated that there are documents which the Minister for Finance had drafted up with the banks specifically stating that he would not intervene on matters of pricing, the recent round of ‘meetings’ is in direct contravention of that.