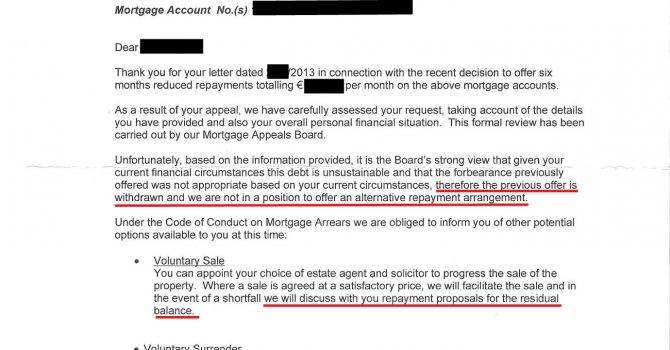 Time to leave your home, give it up…

One of the downsides of financial advice is when a person comes to you and it is too late to help, recently I had a client who was about to give up their home, they couldn’t even afford to pay me for advice, but in hearing their story I thought I could turn them around and told them if it works they can take care of it some other day.

The first thing they showed me was a letter (click on it for the big version) which basically said ‘you can’t afford your home, time to give it up’. You’ll notice a big white space to the right of it which makes it less legible, that isn’t what happened when we scanned it up, it went to them like that.

So the demand to get out wasn’t even presented in a fully readable format. This couple are in …

This week we looked at the pro’s and cons of handing back the keys, jingle mail can seem like a good idea but there are other ways of doing it that may work more to your advantage in the future.