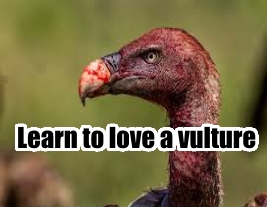 Vultures are a key part of our housing recovery

When we hear talk of ‘vultures’ and ‘vulture funds’ it’s usually in highly negative overtones. That’s why the name-calling exists in the first place, the idea is to imply you have these groups that feed off the dead bodies of an innocent party.

Put this aside and realize that even if a company does feed off the assets of a failed one, that it doesn’t mean the firm that failed was somehow an innocent bystander. Usually they lost their market share and assets as a result of their own decisions and by definition a liquidator would sell these on to somebody.

Whether that ‘somebody’ is a person, fund or regular company hardly matters. What does matter is that we have a housing crisis and that these same ‘vultures’ will likely be delivering about 75% or more of private new housing in Dublin where the problems are most pronounced.

Take a look at some of the numbers in new developments: * Lone Star own 600 acres of land in Dublin with the potential for 7,000 homes: in Adamstown, where it has …

Ex-Federal Reserve Chairman Paul Volcker talks to Bloomberg about the ongoing financial crisis and gives his opinion on the situation, his take on where we are going and what some of the risks are. Volcker is one of my favourite expert commentators, he talks about macroeconomics in a way that is simple to understand, despite his amazing breadth of knowledge and years of experience he doesn’t try to confound people with lofty talk or big words and he bridges the gap between high level ability and the common man.