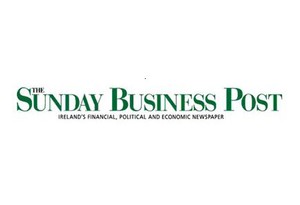 This story appeared in the print and online edition of the Sunday Business Post on the 9th of June 2013.

Another banking win is how some heralded the  move by the NTMA to drop their savings rates, in some instances these rates reducing by over 40%. The savings products are distributed on an agency basis by An Post, but was it a decision made due to bank pressure and is there anything a saver can do about it?

To start we need to remember that typical deposit rates in normal nations with healthy banks are generally about one percent or less. Our nation is not typical, our banks are still far from healthy, so we have seen elevated rates for the last five years.

At one point in late 2008 early 2009 you could get over 5% on a one year deposit. And although the banks whine about An Post having state backing and great rates they didn’t do this when their members had the best rates during the financial crisis and only existed due to state support, sauce for …

The normal DIRT rate will increase from 30% to 33% with effect from 1st January 2013 onwards. The DIRT rate applying to deposit tracker bond increases form the same date to 36%.

As indicated already, deposit interest will also become subject to normal PRSI @ 4% with effect from 2014 for employees; PRSI has always applied to self employed Class S PRSI.

The increased DIRT rate in 2013 and the imposition of PRSI on deposit interest from 2014 will mean depositors will be getting a lower net return in 2013 and again in 2014, this is coupled with a long term trend towards lower deposit rates meaning the argument for keeping money on deposit is becoming weaker and weaker.

The best deposit rates presently available in Ireland are as follows: