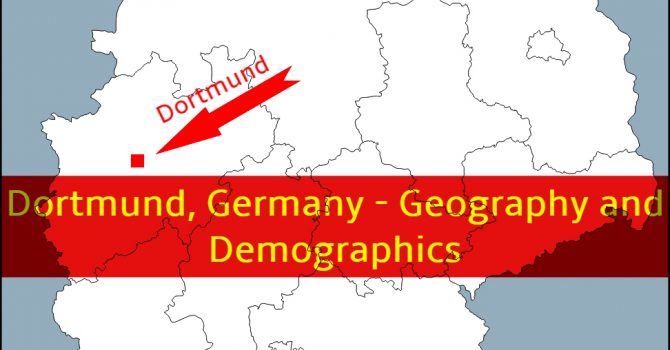 With a population of approx. 590,000, Dortmund is the eighth largest city in Germany, and is about the same as Stuttgart, Düsseldorf and Essen. The more than 1100 years old city is considered the “heart of Westphalia”.

Dortmund is an important traffic junction on the north-eastern edge of the Ruhr area which borders the Sauerland area in the south-east as well as the Münsterland area in the north. Geographically, Dortmund has the following coordinates: 51° 30′ 58″ north latitude and 7° 28′ 05″ east longitude.

Dortmund lays between 50 and 254 meters above sea level. South of the city border, the river “Lenne” flows into the river “Ruhr”, which in turn flows into the “Rhine” river about 70 km west. The old Hanseatic city is connected to the North Sea via the Dortmund-Ems Canal, the end point of which is the more than 100-year-old Dortmund harbor.

Dortmund’s population grew rapidly in the time of the 19th century industrialization when coal mining and steel processing in the city began. 1904 marks the year when Dortmund saw a population of …