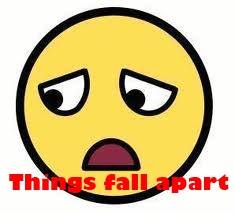 Debt chronicles: There can be no solution for some people

A while ago we decided to document some of the things we encounter as debt managers in order to give a taste of the experience from within the process. This is more than anecdotal but nowhere near outright empirical proof of how things are going for everybody else in the process.

The most recent meeting involved a site in rural Ireland. The borrower was a former developer who now lives abroad. Like many property deals he wasn’t the only one on it but he happens to be engaging and when that happens the idea of ‘severable liability’ is about all the bank can hope for.

The developer made an offer of a 30% recovery, this was rejected at the start of the year. Given that the site is worth about 20% of what it went for (at best) this would have been a decent outcome, frankly I’m surprised the developer even made one so high given that in this instance they have the bank over a proverbial barrel.

The loan is in deep arrears, but what’s worse is that the …

Paul Colgan from RTE covered this story about the proposed Personal Insolvency Bill which will update Ireland’s dated debt legislation. This is a more humane approach to dealing with debt issues and we are pleased to see it coming to fruition. Any legislation will have teething issues and will not be perfect, but this is definitely a step in the right direction.

Our foremost concern (as echoed in the clip) is about the regulation and oversight of any plan.

We were talking about health insurance, car insurance and credit unions this month on TV3’s personal finance slot. On health insurance in particular we highlighted that you don’t have to go from ‘having cover’ to having zero cover, instead you could opt for the likes of the Hospital Saturday Fund which is a cash plan (pays out on health related spending but isn’t like regular insurance).

Car insurance was also a topic – the new EU ruling will make it illegal to rate men and women differently based on their sex alone from 21st December this year.

Credit Unions were (and are) in the news because of problems they are having. We’ll be back with TV3 next month for more!

Debt forgiveness: An outline of how it would work (if I was in charge)

1. you can only seek application for debt forgiveness via the bank and not on your own. This may sound odd but doing this helps pre-qualify the case and remove moral hazard. If you go in on your own in early days then no meaningful engagement will have occurred and your credit history isn’t shot [which is a fair outcome to getting debt relief].

Banks (via the Mortgage Arrears Resolution Process) are also in an idea position to know when a loan is unsustainable. This is further described in S.39 of The 2011 Code of Conduct on Mortgage Arrears

Where ‘unsustainable’ is defined as per the Expert Group Definition. Which is where you go 18 months into arrears or after a 5yr Deferred interest scheme doesn’t work . It is important to remember that banks are legally obliged to be in contact with borrowers and attempting to find work …

We were talking about Debt Forgiveness on The Morning Show with Sybil & Martin yesterday. The two guest were Angela Keegan of MyHome.ie and Karl Deeter of Irish Mortgage Brokers.

Debt forgiveness & Writedowns, one in the same?

Below is a comment made by the Regulator at UCC while talking to a group of compliance officers.

“Reform of the bankruptcy regime could allow borrowers to earn a fresh start by discharging their debt over a reasonable period of time, Mr Elderfield said. However, he cautioned against debt forgiveness for the thousands of mortgage holders currently behind with payments on their loans.

Addressing compliance officers in Cork, he said it was understandable that some people wanted to go beyond rescheduling debt to consider some form of debt forgiveness.

“However, the cost of any support will need to be borne by the taxpayers or by the banks and therefore, in many cases, effectively the taxpayer as well, and this raises questions of fairness for taxpayers who are not in debt and, at a time of immense budgetary pressure, affordability for government finances.

However, with high unemployment, wage cuts across both private and public sectors and such indebted households (2009 has seen historic highs of 176%) something is going to have to give, and while there …

Growing concern over a growing deficit

Bloomberg economics editor Tom Keene talks about the growing deficit in the US economy. The current account deficit in the US seems to have dropped? Could it be partly the reflation trade? Who knows, but this is certainly amazing news, it is hard to say why it caught so many people off guard, and the fact that it did means perhaps there is much we have to learn about financial crises and the indicators that go with them.

Debt Management: no tax break for people in trouble

Financial services (such as brokering) are a zero VAT business, we cannot charge VAT for our activities, we do however, pay VAT on all of our supplies and in one respect that makes financial services good for the Revenue Commissioners, it’s a one way street.

Equally, it makes everything more expensive for a financial services company, but we won’t be expecting any sympathy on that!

However, what happens when that financial service is for a person in difficulty? A guideline given by the Revenue Commissioners to a debt management company in Dublin has lead to the interpretation that ‘Debt Management’ is subject to VAT.

What that means is this:- If you get into trouble servicing your debt and you hire a professional service to help you negotiate with lenders and to arrive at settlements on interest and principle amounts due then you will have to pay VAT on the fee applicable by the company that is helping you to get out of trouble. Thus the service becomes 21.5% more …

There is enough money in this country to clear all of the bonds required, and it is held in ready cash format. …