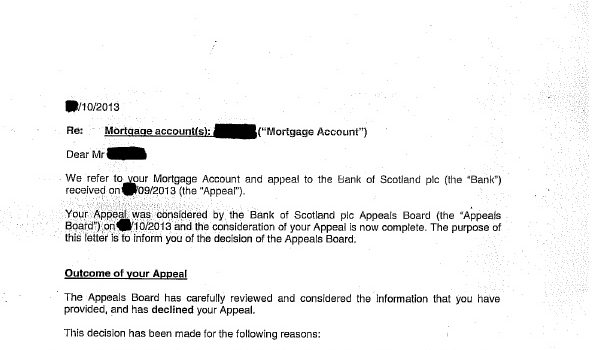 Something that is often overlooked when people hear mortgage statistics is the various shenanigans that are going on underneath the headline figures. For instance, people are often asked to stop paying investment mortgages and to divert the rent to the family home. This is one creditor playing hard-ball with the borrower at the expense of another creditor.

While it does make sense to prioritise your family home, there is also the issue of wondering why the rent shouldn’t go to the investment loan provider given that it is generated from the asset they backed? Clearly this is a judgement call, but when the family home lender is effectively asking for that income then it strays into the area of being an ethical one as well.

The letter to the left is one such example, while it doesn’t state ‘shaft the investment loan provider’ as clear as you might expect, it was the basics of what the borrower was told to do.

They use a bankers vernacular which says ‘we won’t …