Adam Maguire mentioned the research we did with Brian Lucey and Marie Hunt. The main points considered are why people don’t sell loss making properties?

There are complex decisions and emotions behind this and our research was only the tip of the iceberg (although the first of it’s type in Ireland). 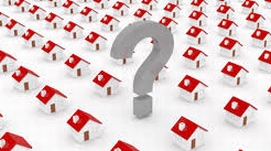 Why don’t more buy to let investors sell their properties?

We did some research with Marie Hunt of CBRE and Brian Lucey of Trinity College on ‘buy to let’ investors looking at their behaviour (in the main it’s a behavioural economics piece).

The findings are really interesting and show a few aspects of our market that may not have been widely known such as:

1. The ‘average’ property investor is no tycoon, rather they own 3 properties or less, taken in practice this could be a person who bought a house then moved into a second one when they got married or such.

2. The ‘fallout’ has been extreme, a huge majority have faced losses of greater than 50%.

3. The younger and older are feeling the pain, most of the investors were between age 35 & 65 when they bought, this is slightly older than the commonly perceived ‘negative equity generation’. And the ones who lost jobs (often younger) have shot …

Debt forgiveness: An outline of how it would work (if I was in charge)

1. you can only seek application for debt forgiveness via the bank and not on your own. This may sound odd but doing this helps pre-qualify the case and remove moral hazard. If you go in on your own in early days then no meaningful engagement will have occurred and your credit history isn’t shot [which is a fair outcome to getting debt relief].

Banks (via the Mortgage Arrears Resolution Process) are also in an idea position to know when a loan is unsustainable. This is further described in S.39 of The 2011 Code of Conduct on Mortgage Arrears

Where ‘unsustainable’ is defined as per the Expert Group Definition. Which is where you go 18 months into arrears or after a 5yr Deferred interest scheme doesn’t work . It is important to remember that banks are legally obliged to be in contact with borrowers and attempting to find work …

We were really pleased to be featured on TV3’s news with Brian Daly on how AIB rate changes would affect consumers, the clip above was aired on the 30th of March 2010