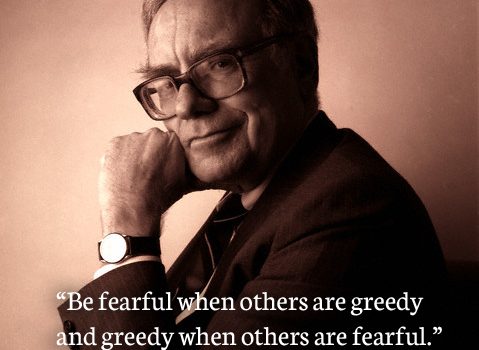 Warren Buffet saves the day for a Canadian mortgage lender

In reference to Warren E. Buffet Comes to the Aid of a Big Canadian Mortgage Lender by Michael J. de la Merced on June 22, 2017 in the New York Times.

Warren Buffet, a man commonly referred to as one of the world’s most successful investors but how did he get this title? Quick and decisive decision making. He goes in while the confidence is low in a company and desperate for money. He then invests in the company to keep them afloat but with a very steep cost.

A Canadian mortgage lender, Home Capital Group, has hit rough times. They are one of the top lenders in Canada for borrowers with poor credit history and who are self-employed. This company was consistently making high yield loans attracting numerous investors. However, rumors almost closed the company.  Ontario Securities Commission accused the executives that they were withholding information from investors because apparently there was an inquiry about fraudulent information in the loans.

This sent investors running and shares in the company dropped a significant 33 percent. As money was flying …

A tale of two bankruptcies

This is an interesting video by Fault Lines called ‘A tale of two bankruptcies’ and it looks at how, in the face of financial pressure a bank is treated versus how the regular US family is treated. This is not comparing like for like but it does point out some of the reasons for widespread anger in the US about the way that tax dollars are being spent.

Yahoo! Tech-Ticker team interview James Galbraith about the new plan brought out by the US Treasury. Galbraith (son of the world renowned John Kenneth Galbraith) has been one of the vocal proponents of a Keynesian response to the crisis.

in this second video Tim Geithner talks about how the actual play should (hopefully) work and also what he believes are the expected lead times surrounding the deal. His body language in this video reminds me – to a degree – of Nixon before Watergate broke, looking down, avoiding too much eye contact etc.

The videos below are from one of my favourite vloggers, Khan Academy, who make simple to understand financial videos

the second installation is below

Will stimulus plans lead to disaster?

In this video which was featured on Yahoo! Tech Ticker Peter Schiff of EuroPacific argues that any additional stimulation of the economy or bailout packages will actually exacerbate the situation rather than remedy it. The outcome of the current economy will perhaps decide once and for all who holds the keys to recovery, the Keynesians or the Austrians.

The Keynesian solutions were fine tuned post-fact and this is the first time since the 1930’s that the theory is getting a real life test, in watching the Davos Debates one interesting factor is that Austrian Economics seems to be getting an equal amount of airplay. Stephen S. Roach said at Davos that we need to get on with the ‘heavy lifting’ where the global rebalance occurs, current account deficit nations have to start saving while current account surplus nations need to spend, this is the inverse of what Keynesians would perscribe because under their guide countries like the USA (deficit nation) need to spend their way out of …