How it’s done in the USA (Bank Regulation)

There are often calls for stricter regulation, in particular the idea that in the US they arrest people in banks with greater ease/faster (which is in itself not ‘regulation’ it is policing). Anyway, I thought it was worth mentioning that in the US it isn’t a ‘one Regulator fits all’, and that the problems we had in the past through division of regulatory responsibility [splitting Central Bank and Regulator] still exist there.

Below is a graph of how responsibility is divided out in America. 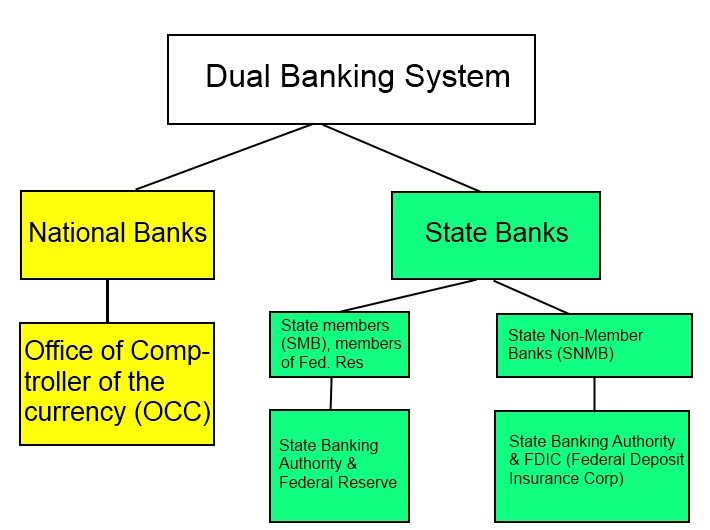 That is why you hear about the FDIC ‘going into banks’ – these are state banks that are at risk. The national banks would be more in the OCC/SEC/Fed sphere of influence. Just an interesting point, because the US still has divided regulation and that is sometimes cited as one of the issues that saw the credit crunch occur without warning.