Every little helps (except when it means mortgages) 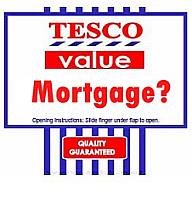 Tesco won’t be offering mortgages in Ireland despite rolling out a full host of financial services, this is also a departure from the UK proposition in which they are included, something we covered nearly four years ago.

Bothered? Maybe not, but you should be because any market with a functional duopoly is unhealthy, we saw for instance how AIB increased their rates and for 2 or 3 hours their prices were the same as BOI, but then BOI co-incidentally increased their rates by 25 basis points on the same day so the pricing difference occurred once again.

Why would Tesco decide not to enter the Irish market? They claim it’s regulation, one doesn’t need a Professional Diploma in Compliance to realise that much of our regulation is identical to the UK and in foundation is primarily based upon it, many of our top regulators were drafted in from the UK or where their experience was in part formed in the UK.

Personally we don’t believe this to be the case, the more realistic reasons are pricing which is upside down, a lack of a liability funding option (deposits, because Tesco Finance bonds were issued at 5.2% – they will hardly be able to trump that in lending in Ireland on mortgages to get a decent spread), and of course there is the market itself, in turmoil and at a 40 year low in lending terms but even in this dessert of finance you can still get water (credit) for cheap!

One look at Certus (the last British lender to enter the market here) shows that getting market share isn’t just about having a good reputation, and that the things they did to obtain it (introduce trackers, lowering margins etc.) are bad business principles.

So why didn’t they frame the argument in this light? If they didn’t and they wish to deny this is the case then it is contrary to fact, more likely it was just easier to blame regulators, it isn’t as offensive sounding!