What is the Difference between Mortgage in Ireland and Other Nations in Europe? 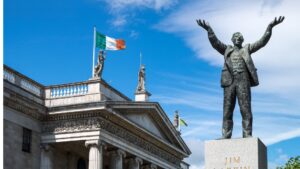 Buying a house is always a person dream as compared to renting a room to live in. All countries have different mortgage structure that favors both investors and people that desire to buy or invest in real estate. When comparing the mortgage in Ireland to other European counties, many often say that it is expensive to pay the rates in Ireland than in well developed countries like France and Britain.

When making comparison, it should be noted that mortgage rates in some countries are lower due to their financial stability and the creditworthiness of their creditors. Other factors that affect mortgage rates include bond markets, monetary policies, economic growth, inflation, and the general state of the property market. Market prices tend to rise as they become more stable.

To start with, the reason many experts think that mortgage finance is higher in Ireland is because by international standards, Ireland has a shockingly low level of home possessions. In most European countries, if a loan goes bad, the bank will take possession of the property within a year, which obviously costs the bank money. Due to the length, complexity, and legal and political impediments faced by banks in Ireland, even when the mortgage is not repaid in years, the number of repossessions remains insignificant, hence repossessions are a rare occurrence.

Although this may be the best course of action for those in financial distress, it does mean that mortgages in Ireland are far riskier than elsewhere in Europe, resulting in higher interest rates. As a result, fewer banks want to do business in the area. The Irish mortgage market remains largely concentrated in the hands of a few banks.

Another reason for high mortgage rates is the market’s size. As a result, the mortgage market is much smaller, and creditors do not benefit from the same economies of scale as they do elsewhere. In comparison to France and Germany, Ireland is a small country. This has an impact on rates, but probably not as much as the other issues.

The mortgage product offerings in Ireland might be unique compared to those in other European countries and this reveal significant differences in the most common offerings, such as hotels, resorts, and coastal facilities. In terms of adjustable and fixed-rate mortgages, countries differ in terms of market share, the use of maximum term, pre-payment penalties, and the availability of features like interest and assimilation, which explains why buying a home in Ireland is more expensive than in other EU Member States.

In a nutshell, nobody can deny that Ireland’s mortgage rates are higher than the rest of the EU. When you look at the specifics of the Irish mortgage market, you can see why this is the case. Furthermore, many business metrics show that Irish banks are currently earning a low average profit due to bad loans.