The numbness of the bottom 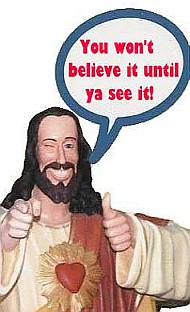 When bad news stops having an effect then it is a sign that we may be approaching the bottom, if that bottom is an L shape or a U shape is down to how the crisis continues to pan out. However, the acceleration of the decline has been so rapid that unlike the depression, we are seeing wealth wiped out much faster, in the late 20’s early 30’s the drop in the Dow went from 343 to 71 over the course of three years, today the Dow went from 14,000 to 6,900 in just over a year. That same 50% drop took more than a year and a half from 29′ to 31′ (the crisis accelerated after that). However, an important difference between now and then is that the state sponsored institutions didn’t exist, such as state supported medical care and social welfare.

Bearing this in mind what can we determine of the near term future? For a start, bad news is no longer effecting share prices the way they normally would, a local example of AIB’s €2.9bn writedown is evidence of this, that news didn’t result in a further share price collapse [granted their share price is already in the gutter], this may indicate that the misery must be somewhat accurately priced in at this stage, that is not to say you can’t still lose more money, but it does mean that prices are not falling off a cliff with bad news the way you would expect and therefore we are either approaching or on the cusp of what may be the bottom.

If we were to use the past as a gauge we would expect a further 50% fall off, however, the 30’s lacked the intervention we are seeing today – the absence of today’s stimulus packages and social programmes fed into the collapse in demand that occurred in the Great Depression. We are at a point where there is almost zero clarity in the market, forecasts of anything are meaningless (including my ‘start of the bottom’ call!), but that doesn’t automatically translate into further decreases and in reading the signs keeping an open mind is important, the market will not act the way that we want it to or the way we predict and because almost all news is negative there is a possibility that we may witness a preliminary turning point. 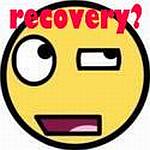 Quantitative easing and historically low rates worldwide will likely have some effect eventually and while purchasing power (via inflation) may decline the future of wealth still remains in assets rather than cash. The impossible answer is that of timing, there is no way to say ‘we have reached ground zero’ but the indicators in the market are that we may be approaching one. The test will be to see if we reach a cusp and start to eventually trend upwards or if we are into a relentless bear that will eat any rally.