No credit? Try some dodgy tax incentives (they work) 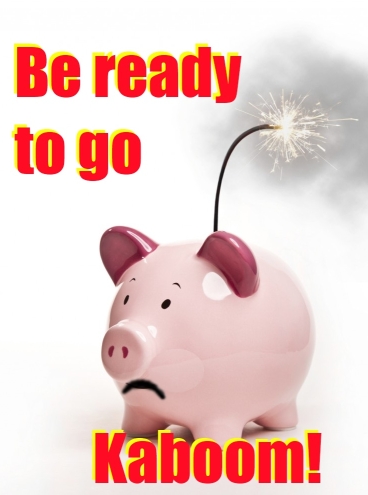 The recent Central Bank report on a property market that has ‘overshot’ is front page news on the broadsheets. This phenomena has been well observed in other jurisdictions and the question now is whether we will be more ‘European’ in our property market or if we’ll turn Japanese.

A key issue pointed out consistently is the role of credit. Cheap credit is often cited as one of the drivers of the property bubble, an NBER paper suggests it is only a component of about 20% of prices. The absence of credit is equally being seen as a downward driver of prices.

One of my minor hobbies is the history of Irish banking from an operational perspective, and on rare occasions it offers a nugget of insight.

The home-loan lenders were building societies (which were the descendants of British ‘friendly societies’ – a movement that is reasonably traced back to the year 1775). The building societies regularly ran out of money, they were funding loans from deposits, this required a strong savings record for the individuals hoping to borrow, but it also created huge problems because the people who wanted to borrow would end up in a long queue, and when their turn came if there was a temporary shortfall then everything dragged out.

This was not an ideal situation so banks were seduced into the market with a give-away. Namely tax breaks. On all mortgage lending the interest earned would be tax free – this had the desired result (tax breaks may not be ‘right’ but they are effective) and as they entered further into the market the tax relief was withdrawn. That only happened after they were embedded in home lending so they never pulled out of the market.

It is important to note that banks regularly lost market share and large tracts of profitability to other aspects of the market that they were not operating in (a separate blog on hire purchase and term deposits might be called for!) – and to some extent that remains true today. This is why banks are constantly looking to enter new markets they can exploit, obviously the likes of Dodd/Frank and the repealed Glass/Steagal acts see this as an issue, and rightly so.

That doesn’t mean you can’t use them to a national advantage. If an absence of credit is the issue, we could easily implement a law that allows tax free profits on marginal lending (the portion over and above any stated targets – so BOI would only get it after €1.5bn, AIB after €800m). This could be extended to any lender not operating in this jurisdiction as well on all lending (as it would all be new lending to the Irish market).

There are obvious issues with this, one upside is that banks might recover quicker (although accrued losses mean there is no tax bill any time soon in many cases), they might look like better take over targets in the future for prospective buyers. It may help to increase competition and bring in new entrants and of course it could (on the downside) fuel the makings of a new bubble.

Personally, I think we are going to have another big crash in the mid 2020’s anyway, nobody has ever truly solved the boom/bust tendency of the property market, with the exception of countries like Somalia who are in a near permanent ‘bust’ (not a desired outcome).

What I would take from a similar historic issue is that you can get credit flowing with (perverse) incentives, it works, pragmatic but perhaps not popular. The Irish banks have a reduced ability to lend as property prices drop further so it is in their interest to be the ones doing this but they lack the capital (it’s like trying to spend the same euro in two shops at the same time) so an open invitation to whoever does have money to lend here with some windfall gain might just do the trick, it already has a track record.