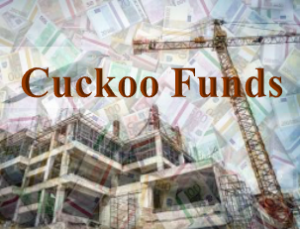 Benefits to the large investors can be defined by the ability to build apartments that do not have restrictions on maximum number of apartments per floor. Another benefit for a developer willing to invest in build to rent is that they are allowed flexibility in comparison to other developments in regard to amenities and storage. These cuckoo funds are also seen as controversial due to favorable tax reductions in comparison to other investors.

The new housing market has shown the change in actions by property investors. According to an economist, Ali Ugar, determined that around twenty percent of all market purchases within the first quarter are accounted for by these cuckoo funds. The report from banking body has shown slight increase in housing supply due to these large investments. Thus, cuckoo funds may not be disadvantageous to the housing market. Cuckoo funds have accounted for a large portion of purchases in the market, and although the housing crisis remains a prominent issue, these cuckoo funds has helped increase the supply of housing.

Cuckoo funds were recently used in developing 5,800 new housing development in the first quarter of 2019. Housing development has increased recently because of the strong demand for housing and the role that the private and public sectors of property investment helped develop. The Irish housing issues are far from resolved, but as the power of cuckoo funds increase, supply of housing may also be increased.