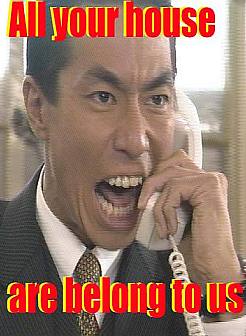 In a recent article on Money Marketing News they said that ‘Lenders in the UK are likely to become landlords by buying up distressed properties in an attempt to halt repossessions and stop house prices falling’ this was according to leading valuations firm eSurv.

This raises some interesting ideas for the Irish market which is seeing bad news filter through constantly, only today NIB released their figures showing they had lost over half a billion in 2008. The losses seem to be concentrated in their commercial lending sector, however, with such small margins on lending being one of their hallmarks, it is fair to assume that a few impairments would have an amplified effect compared to other banks.

In the UK the plan is to set up company that would purchase distressed properties and then turn them into a manageable portfolio until the market allows for disposal at a better price while offering finance against repossessed stock in order to improve marketability.

would this work in Ireland? The number of people missing their mortgage payments is on the rise and repossessions look set to rise, so would an approach like this solve anything? If a bank felt that they could take a partial write down – the market is writing down so aggressively at the moment that it is not a reflection of actual assets prices but rather sentiment only – and maintain some level of income on suitable properties then it could be an answer which is better than forced liquidation of the asset which might not attract marketable bids.

In the buy to let sector it could be a sensible approach if the property already has a good long term tenant in it. Why? Because there is existing cashflow to service the remaining (un-marked down) financing costs. For the inhabitant extending a lease is less painful than living in a house that is being repossessed.

One issue that may stop this from happening here is the Irish industrial view of finance and lending, caution is king and some banks would rather sit it out and hope for the best rather than take such an approach, however, the sooner losses are realised the sooner we can restore confidence in our financial system, it is the abscence of confidence and the increased uncertainty which is actually causing pain to continue where it need not happen.