Will Ireland’s mortgage rates fall or rise after the pandemic? 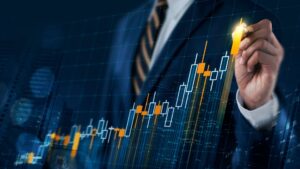 Ireland’s high-interest rates have long been an issue. Although some financial and legal concerns will ensure that they remain above average, overall interest rates may and should be reduced. New and existing borrowers might save thousands of dollars in interest payments throughout their mortgage. This is especially true for existing borrowers who are already paying interest rates of 3 to 3.5 percent. Many people may convert to rates closer to 2%, saving them a lot of money throughout their loan. According to Brokers Ireland, Irish mortgage holders now pay more than twice what most of their competitors do.

The NTMA increased its borrowings for Ireland at negative interest rates for seven and ten years, keeping interest rates on international markets at historic lows. Still, borrowing costs in Ireland are always in line with those in the rest of the EU; mortgage rates are still generally low. Because of the present recession, interest rates have been maintained low. But how long can it go on? Is this a paradigm shift for us?

The following are the most crucial points: Maintain a low rate of interest. Because of the pandemic’s huge influence on economic growth, interest rates are unlikely to rise soon, at least for a few years. According to Irish experts, the European Central Bank’s (ECB) most recent growth estimates “a tremendous impact to the Eurozone’s economic activity, with staff projecting an annual decrease of about 9% this year and output predicted to recover to its normal level by the end of 2022.”

Is the ECB capable of lowering interest rates to either its base rate, which is already at 0% or other official rates, such as those provided to banks for depositing money, already in negative territory at less than 0.5 percent? What is the outlook beyond the next couple of years, given that the ECB has led bond purchases and other unconventional tools in terms of preferential tools? The last time the ECB raised interest rates was in the summer of 2011.
According to current economic forecasting, the present era of “low for extended” interest rates must persist — maybe considerably.”

This does not exclude an increase in interest rates from their current ultra-low levels. It only means that they will not go as far as they have in previous cycles if they grow. Consequently, Irish experts foresee a continuous increase in mortgage rates after the Covid-19 pandemic. However, with the ECB on the market, this seems implausible at the moment. Interest rates, on the other hand, will eventually rise. When the Eurozone economy emerges from the Covid-19 slump, the ECB expects inflation to rise. This would allow it to raise interest rates, which it would see as necessary to provide it the power to respond to a future crisis by lowering rates even more. The next rise is expected to take a few years, and the important point for those who take on long-term commitments like mortgages is that the peak of any interest rate cycle is likely to be low.