Why removing the state guarantee is a bad idea 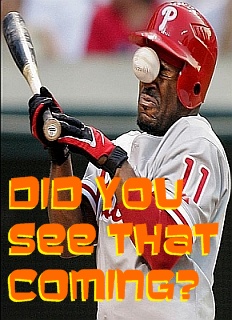 I was really disappointed to hear that Jack O’Connor of SIPTU and Sean Sherlock of the Labour party had brought the idea of ‘removing the state guarantee’ into the public arena regarding PTsb in retaliation to their 0.5% hike in the variable rate they are charging their customers. The outcome from a removal of a state guarantee could be catastrophic and in this post we hope to demonstrate this.

Before that though, it is vital to remember that there is no ‘price promise’ with a variable rate, the margin is not tied to the ECB – a mistake many borrowers made when expecting rate cuts as the ECB lowered the base. The margin on a standard variable rate is determined by the lender so this is case of the bank doing what it is entitled to do, they didn’t break tracker agreements or any loans that didn’t implicitly allow it, so on one hand the bank is acting within its rights.

The other thing to remember is the contradiction we see (mainly from politicians and union reps it seems) to the credit system, several weeks ago they were lobbying to allow people on fixed rates (who have a price promise in their fixed rate) to break out of it with no penalty, now several weeks later they want to see people on variable rates get ‘fixed’ style benefits, the utopian situation in credit simply doesn’t exist and it’s likely a case that many people are getting no advice in relation to their mortgage decisions on an ongoing basis which is why these situations occur.

Even with the 0.5% hike factored in the interest rate is still incredibly low and it is right that the people who borrowed from a bank should have to pay whatever the bank charges to remain profitable rather than every taxpayer via recapitalisation or nationalisation.

The basis of my frustration is that you can’t and should never consider, the removal of a state sponsored guarantee/covenant in the midst of its duration or it would send a clear message to credit markets that the Irish government ‘didn’t really mean it’, and in particular it would be a mistake to do it in retaliation to a rise in interest rates because doing so would politicise banking and put the power of credit into the wrong hands, rewarding those who shout loudest rather than those who might be making the right decisions.

That banks have made grave errors is a given, that the tax payer is saving their hide is as well, however, if the choice comes down to doing this in an effort to save and retain credit institutions then it must be recognised that banks are ultimately good for society and that to remain profitable they need to charge higher margins. 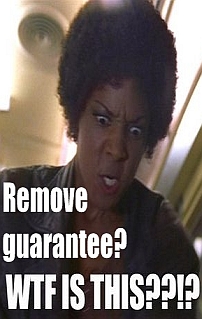 The IMF remarked on how low our mortgage rates were in their recent report on Ireland, banks are telling us via their upward move in rates (I say ‘banks’ plural because others will follow eventually) that this is what’s required in order for them to make money and not be bailed out.

Make no mistake about it the flow of events would be something similar to what I describe if you were to remove the guarantee from a bank prior to its expiration:

Share prices would tumble first as concern is raised in the markets about the viability of a company when its capital is now unprotected, PTsb’s reliance on money markets would mean they would instantly have issues rolling over that debt at whatever the next due date is, if it was overnight money then it would be instant disaster.

The fact that the state removed a guarantee would mean that bond holders in other guaranteed institutions as well as institutional depositors and investors would instantly lose any faith in the credibility of the state guarantee, seeing it removed for political reasons means no institution is safe, capital would flee the country, bond prices would nose-dive, capital reserves for every covered institution would dissolve in a matter of days, there would be runs on every guarantee covered bank and we would then have to nationalise the entire banking system at a cost to the taxpayer so impressive that literally three generations would have to pay for it, the IMF would come in, austerity measures would be put in place the whole system would collapse.

There is an interview on the Tom McGurk show on 4fm on the right hand side of this blog in which Sean Sherlock of the Labour party talks about the idea of removing the guarantee, my instant answer is that it is a lunatic idea, not because I like banks, but because I like a non-IMF controlled Ireland. We don’t need instant systemic risk thank you.

The fact that the idea of ‘removing the guarantee’ is even mentioned in national press concerns me, I can’t think of a single thing that would break the country faster and more effectively, it is just a sincere pity that union leaders don’t spend some time trying to understand the markets, time after time they demonstrate an inability to understand markets beyond populism or rhetoric, their appeal to the lowest common denominator often makes me wonder if their members see through such a plain ruse.  Most importantly, they should never try to gain public support for measures that would literally implode our whole financial system, it is careless, wreckless, and downright ignorant.