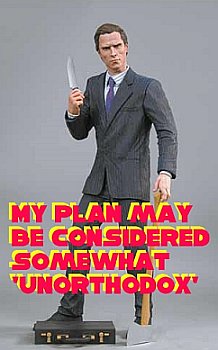 There have been headlines about the way that AIB underwrote certain loans to Liam Carroll, judge Peter Kelly is of the belief that the security may not be correct because AIB essentially gave him the money in early 2009 on the back of a personal guarantee and some other minor security.

Why would a bank do this? Especially as they were curtailing lending to every other sector of the market? Especially when they were being saved by the taxpayer and had just been bailed out? This isn’t to defend the banks, but to explain the reason why they acted in such a counter intuitive way, any right thinking person would be correct in assuming that they should have been trying to rein in developers, but that is the reverse of what they did, rather they extended more credit to the developer.

Explanation for this is simple, Carroll had brought AIB too far down the rabbit hole for them to turn around and pull the plug, a bank gets to a certain point with a borrower (normally big borrowers – the most famous
example worldwide is Donald Trump) where it would be worse for their balance sheet to move on the borrower than it would be to give them further credit on the basis that the borrower has a workable plan to
turn their business around.

This ‘plan’ is sometimes no more than a statement by the borrower that they can do it, the ‘business plan‘ presented to the High Court several months ago is testament to that. However, when a person is heavily embedded in a project sometimes they do have an insight that is not easliy reproduced on paper and that knowledge is often correct, and sometimes it is disastrously wrong too!

The point is that despite these factors, the bank was given a Hobson’s choice of providing further support which could offer a potential turn around, or to instantly accept a calamitous folding of the operation.
Developers ultimately played the same Russian roulette game with the banks that the banks have played with the nation, ‘bail us out or we’ll bring down the whole system’, whether this is true or false at the time doesn’t matter, because it is such a compelling argument, and so easy to extrapolate out potential damage, as well as spread systemic risk that legislators often err on the more expensive side of avoiding the fallout at any cost, hence bailouts, be it for developers or banks, is very costly and often leaves those footing the bill wondering why they did it.

If you cast your mind back to early 09′, Anglo had been nationalised, bank shares were at a nadir, and the world was just about to end. Given the stage setting, a developer the size of Liam Carroll had a very compelling argument with the banks, he could be the straw to break their back (more like the juggernaut to break their back!), and the fact is that it is possibly true, had he gone bang at that time it may have provided the impetus to force AIB to close and we would be sitting on a massive bailout bill.

AIB acted in self interest, but in doing so we cannot say that the national interest was not served as well, one way or another the taxpayer is stuck paying for it, the only issue that matters given the unpalatable dish – no matter how it is cooked, is the size of the bill at the end of it all.