Why are Mortgage Interest Rates so High in Ireland? 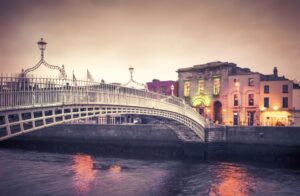 Recent reports from the Central Bank of Ireland indicate that mortgage holders in Ireland are still paying much higher interest rates as compared to most of their  neighbors in Europe. Therefore, why are people in Ireland paying high mortgage rates and is there a way to reduce it? Currently the  interest rate for a first-time buyer is at 2.79 percent, which means that it is now the highest in all of the 19 countries in Europe together with Greece. Despite the fact that the interest rates have dropped by 0.11 percent as compared to last year, they are still way more than what is being charged in other places in Europe where the average rate is as little as 1.31 percent.

In a report by the Banking and Payment Federation of Ireland (BPFI), the mortgage for a first-time-buyer in Ireland is approximately €225,000. Basically, this means that someone who borrows this amount with the hopes of repaying it in 30 years ends up paying an extra of €167 per month and over €2,000 annually as compared to other countries in Europe.

Mortgage rates are still very high in Ireland because there is lack of competition which leaves the mortgage market in the hands of a small number of major banks. Despite the fact that the competition has started to heat up recently with the entry of Avant Money which offers interest rates that are as low as 1.95 percent. Irish financial institutions still have a lot of tracker mortgages in their records. These extremely low-rate mortgages are least profitable for the banks, and therefore, they are compensating for their losses by forcing new customers to pay higher interest rates. Additionally, there are many other reasons for high interest rates, these include the most risky nature of lending in Ireland and also the extra capital that the financial institutions have to hold as a result.

To combat these high interest rates, first-time buyers need to do research. As a first-time buyers you need to keep in mind that you do not need to be an existing customer with a specific financial institution to get a mortgage from them. Because there is a very big difference in cashback incentives and interest rates across the various lenders, you should be keen on identifying the one who is offering you the best deal. First-time buyers need to ensure that they do thorough research. If you have a mortgage already, you can opt to switch. Recently, mortgage holders have been hesitant to switch, which sounds unrealistic since there are a lot of savings involved. Many lenders have formed switch teams to ensure that the process is hassle free and easy.