Why a rate cut is now inevitable 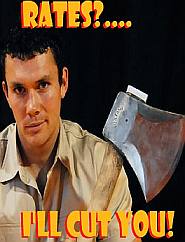 The ECB generally maintain that they are there to control inflation, normally we interpret this as ensuring that prices don’t get out of hand, or shoot up too quickly and indeed that is generally what rate changes are for, rates are raised to control price inflation. However, when the inverse happens (deflation or rapidly falling inflation) they will cut rates to stimulate the economy.

Today the treasury briefings put the flash estimate of inflation as being 1.6% while estimates were that it would be 1.8% which means that we are witnessing less inflation than expected and at a pace much faster than expected, if the ECB want to maintain inflation at ‘near but just below’ 2% then they have to reverse this trend and fast so there is strong likelihood that we will see a rate cut this week in order to achieve this (or at least work towards it!).

The Zero Interest Rate Policy (ZIRP) being pursued in the USA may come to our shores, the UK is already contemplating going to historic lows not seen since the Bank of Englands formation in 1694. The ECB also cannot allow the Euro to get to strong against other currencies lest it hurt our competitiveness. The strong rise against the British Pound hurt Ireland but most of Europe was not as affected, they are not as reliant on the UK for exports, however, it is the movements against the US dollar that count the most.

The expectation is for a rate cut of 0.5% or more this week. The surprise is that this time we are confident that not every bank will pass on the full rate cut, once the bailout money has been promised they need not appease social pressure as rapidly.