Who gets the best deals on insurance? (depends who you ask!)

The Financial Regulator regularly does ‘cost surveys’ to help the Irish public determine what the best deals are on the market, it would seem that in some cases they are actually driving people directly to certain insurers because they don’t survey the whole market! Indeed, as this weeks Sunday Times article by Niall Brady shows, Brokers were able to beat the ‘best price’ quoted by the regulator in almost every example, and it wasn’t only by a few cent either! In one case it was about €500 per annum, and in many others it was €100 p.a. – now on the other hand, if a broker went and made a person pay that much more than they had to then they’d be lynched, but when the regulator does it’s just an ‘oversight’… Quis costodiet ipsos custodes? Click on the picture below if you want to see a larger more readable version of it. 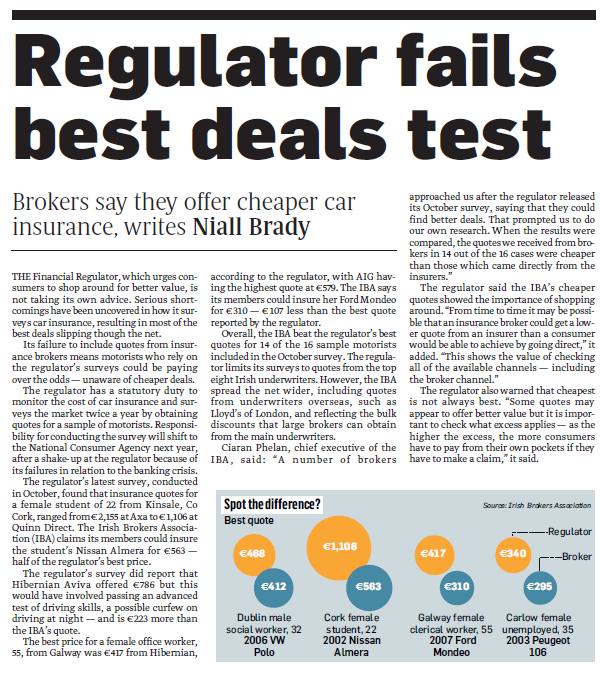