When will the internet become stupid? 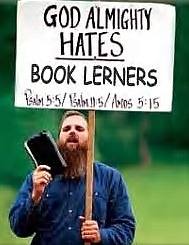 When I was doing a final year project in DIT Mountjoy Square back in 1996 the task was to create a comprehensive business plan for a company I actually intended to start, my lecturer was a man named Ed O’Callaghan. I had just finished reading a book on the internet and start up companies, the book (I don’t recall its name) was about a guy who started a company that did US Visa applications online for profit, I thought this was smart but totally outside of my realm of knowledge, but the idea of selling on the internet did make sense and I knew that certain vintage and classic car parts where hard to find so I was going to set up a site that sold parts for old cars (my dad was in the racing business and had done this in the US in the 70’s and after retiring he got into older slower cars so I knew there was a market -albeit a small one- for hard to source car parts).

Ed O’Callaghan said I couldn’t do it, that ‘he had it on good authority that two thirds of the internet was rubbish and wouldn’t go anywhere’, at the time a lot of it was rubbish, there were plain text pages with knock knock jokes and businesses had not become well established online, boy was he ever wrong though, the internet not only changed the markets, it has since changed the world we live in quite drastically, who would have thought that someday there would be events that were passed around a worldwide network before the proper news had a chance to get there? (Iranian elections: Twitter 1, CNN 0).

I look back on part of my education and realise that there are always people who just don’t get it, my lecturer would probably admit now that he was wrong (if he’d admit that he ever even said that to begin with!), but he was in charge and said I would have to do something else so I did, my business plan was to start a mexican fast food restaurant instead, similar to Taco Bell which I used to like eating when I was growing up in Los Angeles. Suffice to say I never did either of those plans, and in fact, although the internet idea was on the right track in terms of a distribution channel and market, had I actually started a car parts company it would have failed because mechanics and car enthusiasts probably wouldn’t have ordered from me when the web was still at a relatively infantile stage. 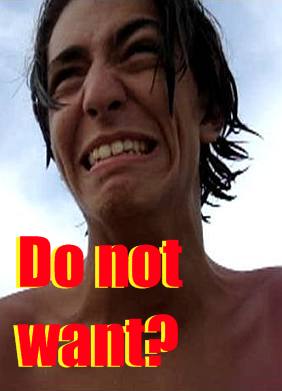 I also think back to Ed’s words that ‘two thirds of the internet is rubbish’ and while he was so wrong on one hand, he is prophetically correct in another. Do a web search for something relatively known and you’ll get millions of results, for the word ‘twitter’ there were 632,000,000 results, and I heard that youtube is getting 20 hours of video a minute added to it, blogs are increasing exponentially, literally we are publishing more than any population could ever read even if it devoted every resource into doing so.

So my question is this: ‘when will the internet become stupid?’, when will the point be totally lost, when will relevant information cease to be found easily and instead every second search be one where the promoter is paying to be seen, or instead finding yourself wading through clouds of junk to find anything? Will it ever happen? Are the brains behind search engines finding ways to weed out the wheat from the chaff? And if so is that a form of censorship?

There are millions of sites that just auto grab links and aggregate them, if there is going to be censorship should bot-sites get the chop?

My ramblings are important to me, important to the company, and the internet is our primary business channel, but ‘mortgage’ returns 45,000,000 hits on google, if you refine that to Ireland it’s a mere 1.4 million hits. We produce daily original content specific to mortgages and financial topics, but it may be highly irrelevant to some readers, and gospel to others.

Anything that grows exponentially eventually forms a bubble or something that collapses/explodes, that is true in almost every facet of nature/life/business etc. so the question is this: ‘Is a content bubble forming?’, will we get to a stage where there is so much content noise that we’ll start to blot out all but a few sources of information? How do you form an opinion any more when there are 500,000 other opinions with an equal amount of counterpoints on various sites?

Whatever about local issues, what about global ones? Global warming returns 34 million results, my browser returns 100 sites per page, I go to page 10 (c. the 1000th result) is the Cambridge University press book ‘Global Warming‘ a market leading book according to the site, on the first page of results you can find Will Ferrell doing a skit on George Bush regarding global warming, don’t get me wrong, it’s funny, but it’s also stupid.

There are thousands of competing technologies, beliefs, forums, blogs (this one included), and not only is the content often pointless (aggregation sites), but the level of it is exploding as well, thousands and thousands of pages of content every second. If you see that kind of exponential growth anywhere else it becomes a cause for concern, but in the technology community they rejoice? I’m concerned, but sadly I have neither the solution, or perhaps even a sound foundation for being concerned, it’s just a gut feeling and it bothers me.

Do we need a ‘serious-net’? Will the next big leap be one where sites are filtered more heavily? Will some form of standardisation come in that ensures things tagged as ‘comedy’ are funny and not links to adult sites? I find relevant sites by mistake more often than I do on purpose at time, things like stumbleupon throw up lots of great financial sites (yes I’m a nerd, that’s what I’m into) whereas searching for ‘mortgage’ gets me millions of results I don’t care about.

So perhaps the next stage is that of relying more heavily on referral by other people (it works in business!) rather than on traditional searches, something has to give, or I fear the web will just become a mash of pointless over-published stupidity.