When the truth comes out about arrears. 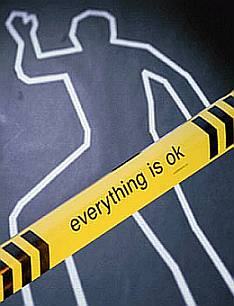 I often try to focus on ‘what is’ rather than ‘what is right’ (and sometimes still get it wrong!), but the idea is to look at something from as objective a standpoint as possible. I’ll take the National Geographic for instance (stick with me on this!), if you watch it objectively and see a lion kill a gazelle you realise that it is nature, the gazelle didn’t want to be torn apart, equally the lion doesn’t want to starve to death and if you accept that lions killing gazelles is a perfectly natural thing then you are seeing what ‘is’. On the other hand if you watch the same scene but the build up to it was following the life of that particular gazelle from birth and its a Bambi story then the killing scene becomes a sickening tragedy.

That is the difference sometimes between looking at what is ‘just’ or ‘right’ and what merely ‘is’, I don’t know about you but I certainly struggle with that at times. It is also why this post will be laughed at (at least in the short term), because what I am saying is that far from banks being ‘bad’ or ‘mean’ to customers, they are likely letting people away with blue murder compared to their normal historic dealings with arrears cases. Yep, I just said it – banks are not only being lenient, they are exercising actual forbearance for members of the public in many cases.

Apparently we don’t have a problem, at least according to the official record. The reason we don’t have a problem is because we are like a rich person addicted to heroin, the obvious signs of addiction are in the folks you walk past in doorways but it is much easier to cover for longer periods if you have a lot of money, in this analogy the person may not have a lot of money, but (critically) they people they owe are not asking for it.

I’ll clarify that – banks are letting borrowers away with far more forbearance (not paying) than they normally ever would, I personally know of examples where the borrower hasn’t made payments in months or is making part payments on just the interest portion and that is being allowed to continue.

The downside is that if the person goes into total default they will have higher debts to clear, obviously going in heavy handed isn’t a good idea early on but if it becomes clear eventually that a person can’t or won’t pay then we’ll start to see the figures bleed through to official statistics.

The statistics that won’t show up are where a person leaves voluntarily (voluntary possession), this is common even in the good times – people will give in rather than go through the court process. People who have the equity to be able to sell will do that, and the new ruling whereby circuit courts can repossess homes is also likely to ensure that the high court doesn’t see the action, the fact is that arrears and repossessions are strongly correlated, its not a matter of whether or not a sharp increase will happen, its just a question of when.

And when it does start to come out don’t be surprised at the level of arrears that were allowed to occur or the creative ways of giving people time to get their affairs in order (so that it doesn’t have to show on the balance sheet as an impaired loan), because unemployment is a lagging indicator it is natural that the issues in residential housing will be lagging as well, on valuations the peak to trough on residential often occurs two years out from that in land values (FBD Savills reports 1996-98 chart the UK crash well in that respect). Think happy thoughts but the bad news isn’t over just yet.