When one blunt instrument fails use another 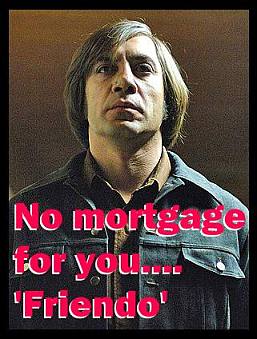 Banks are restricting credit, in a market economy rationing is generally a mistake, but at the same time they can’t come out and say ‘we are restricting who we will lend to’ particularly when the taxpayer is playing such a fundamental role to their survival.

How are banks achieving this? Thus far they have used several tools to do this…

1. Interest rates: This is often referred to as a ‘blunt tool’, and when a lender wants to pull back from the market they look at what the best prices are and ensure that in almost every case they are far more expensive than the other players in the market at that time. It would be like a shop owner wanting to slow the sale of chocolate bars, if they were to charge significantly more than the shop next door then their stock would move much slower than the other persons. This has two effects – it makes their money available for lending last longer, and when it is lent out it’s at significantly higher margins. We wrote before about mortgages still being too cheap given the current market, some lenders have embraced this via pricing. What we are seeing is that only the banks with significant liquidity are lending, and they are also the only ones with competitive pricing – this liquidity is tax payer supplied, so in a way the taxpayer is already the beneficiary of the bailout, of course, you won’t be hearing that comment in the mainstream!

2. Tranche Management: This started in 2008, we had first talked about this in mid 2008 but tranche management was specifically blogged at the start of the year, and it is continuing. What you do to ‘tranche manage’ is to set your stall out in a particular way that ensures you only lend a certain amount, sometimes this is a combination of the tools we are talking about today (rate/ltv/loan amounts etc.), or sometimes it is where a bank will say ‘we have €10m to lend this month, so once we do that carry over everything into the next month’ and while we can’t say we have particular evidence of this, we are noting that some lenders don’t close mortgages towards the end of the month, they start asking for ID or Proof of address [the confounding bit is that you can’t get a loan offer without these so why ask for them at closing saying they are missing? You couldn’t have issued a loan offer unless they were on file!], then on the 1st of the following month the doc’s are suddenly ‘found’ or ‘out of the queue’. It’s frustrating for the client, really frustrating…. 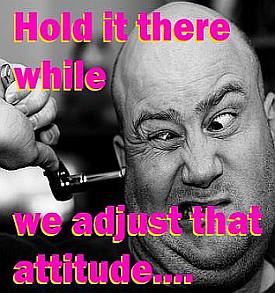 3. LTV restrictions: This was (until this week) the most recent ‘blunt tool’, when we talk about ‘blunt tools’ the real life comparison is using a lump hammer to put a live chicken through a key-hole, such lunacy also exists in finance. The way lenders restrict credit using LTV’s is to decide that they will lender only at lower LTV’s (loan to value) which means that a person needs a bigger deposit, this instantly lowers the number of prospective buyers who can borrow from you.

For instance, you want to buy a house that is costing €250,000 and some banks are offering 90% loans (so you need €25,000 and they lend you €225,000), one way to curtail the number of applications is to move to 80% LTV or 70% or any number less than 90% (the ones doing this are at 80% for the most part) as it will decrease the pool of people who might apply to you because there are less folks with a 20% deposit than there are with a 10% deposit, couple that with higher rates and you stem the mortgage flow rapidly.

AIB’s stance needs some clarification, ECB+3.25% with a minimum of 5% means that even if ECB is 1% that they stress at 5%, if ECB goes to 4% they stress at 7.25%, so the reality is that in the low rate environment they are applying criteria to loans that makes it really hard to qualify for a loan. This is in essence credit rationing of sorts, it means that the lenders who are doing 90% loans will be cherry picking on the best possible applicants (a really high stress rate means only the crème de la crème will be able to borrow), the ones that don’t do 90% loans are charging higher rates and only lending on lower LTV’s this leaves a huge gap in the market and means people will either have to earn more money or put down bigger deposits. 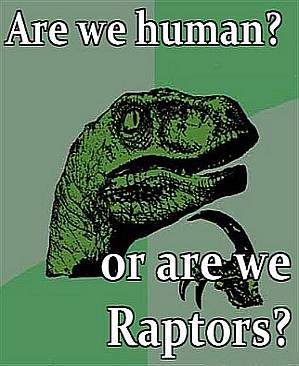 We have a client who was refused their mortgage having been made to jump through hoops, clear loans, get valuations done etc. and under the new rules of the higher stress test they were refused (the lender in question wouldn’t even give an approval in principle until all of the conditions were met – normally this is done to get a loan offer).  The difference the new stress test made to the amount the person could borrow was down €40,000 from a week before, the person hadn’t changed nor had their ability to repay, it was purely down to criteria.

While we would be proponents of better long term planning in credit distribution there needs to be a better element of fairness in the transition, and in particular it is vital that the market is allowed to face as natural an adjustment as possible, artificially high stress tests will actually force down asset prices (as the ability to finance them drops rapidly in this scenario) in a way that isn’t market driven, rather it is lender driven, but doing so impacts on the greater lending environment and on the total value of assets held by the banks, its a self destructive mechanism which will mean greater hardship for lenders in the future.

It is for those reasons that we are very dissatisfied with the ‘new blunt tool’ that we have seen coming into play this week.