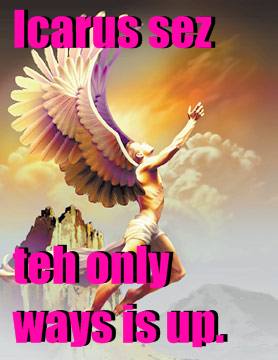 People ask me ‘how is business’ a lot, is it macabre fascination or do they want to hear something reassuring? I don’t know, but my general answer is ‘can we talk about something happy?!’. There are so many intermediaries that have shut down that on many levels (I feel I speak for the entire firm on this) we feel privileged to still be operating through the downturn. While we all know that there is a crisis, and we are reminded of it every day, I think it is worth considering the changes that have occurred in the mortgage market in the last year,with an emphasis on 2009.

Mortgage debt is decreasing: Our total ‘indebtedness’ on the mortgage market is coming down, we are deleveraging as a society. This is happening as people start to shun debt and fear the forward commitments of borrowing, in the same way that companies and funds have been deleveraging, everyday people are doing the same. In the past, recessions generally had a large debt element to them, however, in the past it was always companies and countries that were the debt carriers, this time around it is society general, private debt is where the debt burden rests in this cycle and the only way to get out of it for most of us is to start paying off our loans rather than increasing our credit use.

This will mean we can expect the actual loan debt of the nation (currently hovering around €145-€148bn) to shrink, and the €10bn in mortgages created in 2009 will be replacing those that are being paid off, for the first time in a long time though, they won’t be able to replace them fast enough and our balance sheet on lending will contract.

Mortgages are starting to move again (albeit slowly): The first two quarters of 2009 – and to a lesser degree q4 of 2008 – were non-events in the mortgage market. Fear was so widespread and ingrained that people were literally paralysed in their decision making, to a degree this had a positive effect as it allowed the market time to adjust, it helped people stay away from downward volatility that has since occured and it meant that sellers started to face reality in terms of their price expectation, in this respect the market actually behaved in an exemplary manner.

Now sellers are much more realistic on prices, a recent liquidation sale in Cavan saw the entire estate sell out in a day, there is always a market at a certain price, the issue is not that people ‘don’t want to buy property’, they just don’t want to buy at current prices, and that is why repayment of lending will outstrip new supply of lending.

It’s time for redemption: Not in the biblical sense, but in the lending sense, now that mortgage rates are rising above deposit rates the arbitrage that existed for the last year is ending. This will have the instant effect of people paying off their mortgages as the rationale of saving vs paying interest will no longer stack up. This is also a time of record redundancies, and many people who get lump sums will pay down their debt, in effect many of the people who lost jobs will be nearly or totally debt free and they will adjust to lower standards of living quite rapidly making the adjustment for those who lost income but remain in debt seem harsh in comparison.

In the future, debt will likely be shunned and used less for some time, in this crisis the debt is firmly on the shoulders of the public and the deleveraging process is going to last for some time. The ongoing question is how to make deleveraging possible but without a simultaneous collapse in demand, and the only answer that pops into my head is ‘inflation’.