‘What If’ … Economists were a few hundred years ahead of the game? 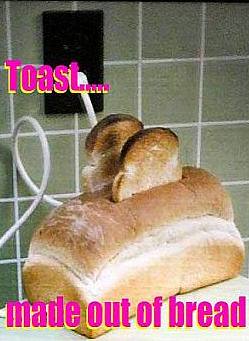 The Trinity Science Gallery is just across the street from our offices, proximity, linked with my interest in science (confession: I dropped out of Science in NUIM many years ago before studying business – but as a kid I actually wanted to be a scientist) means that I go there a lot, and they have these great exhibitions on regularly, the latest is called ‘What If’ and it poses questions that are part morality part science, part pie in the sky, but the fundamental aim of getting you thinking is totally successful.

Which brings me to something interesting that I noticed when I was there last week, one of the exhibitions was ‘What if we tried to make a toaster from scratch‘ (video here).

The actual description of this is as follows: ‘Thwaites (man behind the project) went on a quest to build an electric toaster from scratch, seeking iron, copper, mica, nickel and crude oil (for the plastic case) from disused mines in Britain, then attempting to process the materials at home. This nine-month process to make a simple toaster is absurd, but so too is the massive industrial activity we pursue to achieve additional comforts at ever lower prices.

The laboriousness of producing even the most basic material from the ground up exposes the fallacy of returning to some romantic ideal of a pre-industrialised time. But at this moment in time when the effects of industry are no longer trivial for the environment, the throwaway toasters of today seem unreasonable.’

While this is an admirable concept from an environmental point of view, it is also a key point in what Adam Smith wrote about in ‘The Wealth of Nations‘ in 1776, a phenomena called ‘the division of labour‘. Smith gave the famous example of the pin factory in which one worker drew out the pin wire, another cut the wire, a third added the pin head, a fourth sharpened the pin to a point and so on, he realised that no single person knew all of the tasks exhaustively, and that in fact, even if they did, they wouldn’t make the same amount of pins as many people specialising would be able to do. 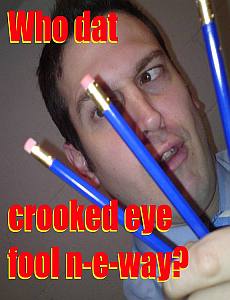 It isn’t a case that Thwaites demonstrated unrealistic expectations of consumers by proving he couldn’t build a toaster, we already knew that, in fact, he actually set his sights too high, something which the interesting piece ‘I, Pencil‘, published by Leonard E. Reed in 1958 demonstrates beautifully. In the story – told from the perspective of a pencil, we realise that no single person has the ability to make a pencil, that it is actually hundreds of skilled workers, around the world that create the simple pencil, covering the story of a pencils creation from the cedar trees in California, to the graphite mines in Sri Lanka. (btw: it really is a worthwhile piece, in particular for teaching kids about globalisation and the difference between the good and not so good elements of it).

The fact that we have cheap toasters is actually testament to the division of labour providing highly engineered goods requiring a vast array of trades to the masses at affordable prices, the argument of conservation is clear-cut, but you won’t convince anybody by taking a societal good and arguing that the creation of same is unreasonable. The testament of building a toaster only demonstrates what we already knew from over 200 years ago before toasters were even invented, the lesson perhaps needs to be in creating an environmentally ethical approach to each step, whereby one link in the chain behaves as responsibly as the next.

Simply put: there is no point creating a more energy efficient toaster if it is made using highly polluting methods, or if one component is made with child labour, the focus on global warming needs to move from ‘bad activities’ to one of creating environmentally ethical inter-linked groups who all hold a common ideal, because you can be a capitalist with a concious, and the best way to achieve that is to build environmental ethics into the profit motive.