What did bankers do wrong exactly? 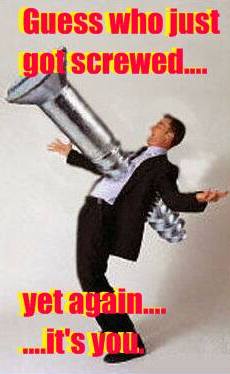 Sometimes I have to wonder where the blame-game changed course and the organisations with no commitment to societal well-being were burdened with that responsibility, while those with an inherent responsibility then moved into the realms of innocence in the whole fiasco.

Imagine if you will, a bold child being held responsible for eating all the cookies and spilling all the milk, that of itself is easy, and when you go to met out ‘blame’ you might focus on the child, but if this all happened while their parents stood idly by do you still focus on the child or do you apportion significant blame to those who have the responsibility of guidance and direction? Indeed, any person who understand the nature of a child will realise that they don’t really consider the wider costs of eating all the cookies and spilling the milk (such as depriving their siblings of same, no milk for the tea etc.).

So with this in mind I’ll turn to banking, commercial banks don’t have a moral code to fulfil, they don’t have an agenda set by what is good for the people of a country, they are not the gatekeepers of a faith, there is no implied benefaction, the truth is- they are barely good for anything really, other than acting as a conduit for money and ensuring they make profit [ultimately the value they provide goes to their shareholders]. If you understand that, then you have a good grasp of commercial/retail banking, if you don’t, and you think they owe society for any damage they had a role in then (while you are correct morally) you are missing the point, the banks, by nature, are not there to protect you, they are not there to make the world a better place.

On the other hand, central banks, and governments as well as regulators are (or at least they should be) there to protect you, they only exist because everybody knows that banks will inevitably hurt the society they operate in if left to their own devices, to think otherwise negates the actual need for a regulator! 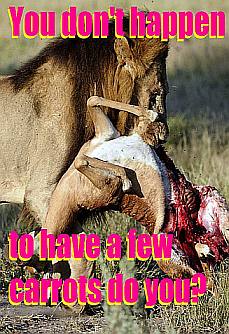 To mix this up is to mix up the fundamental understanding of the difference between all of these. I like analogies, and on this one I would say that to expect a commercial bank to not pursue greed and profit at the expense of others is like expecting a Lion to stop chasing a Gazelle and instead opt for a nice bowl of vegetables, that doesn’t mean there should be no zoo keeper in place to maintain peace and harmony, indeed, a market place is often like a zoo, lots of competing entities in place who don’t go out and kill each other because the zoo keeper (state) won’t allow that kind of thing, they can compete, but within certain confines, murder is thankfully not being one of them.

Banks are greedy, that is what they do best, inasmuch as lion is a carnivore, and you can’t hope to change that unless you reinvent the whole banking system. And greed is relative, not absolute. That is why when Anglo’s balance sheet exploded upwards with lending others followed suit knowing full well that it was likely false economy, people didn’t speak out early and often. A rising tide lifts all boats equally, so it didn’t seem apparent to most of the people who could have actually done something. Equally, banks were happy enough to play a skewed game.

Why? Because shareholders demanded it! They were not about to sit idly by and see competing banks increase market share, gain customers, rake in profits and not get up to the neck in what it was believed were going to be highly profitable ventures, CEO’s were not willing to allow this to happen, they were all sitting at a table playing a high stakes game in full knowledge that the deck was rigged, but, at the same time afraid to pull out for fear of not making profit.

The bankers it seems, were not as smart as they like to think they were, nor as smart as we had hoped for either. They had and still have, swathes of bad investments, as institutions they are now in negative equity in a manner similar to a person who bought at the peak of the market. Blaming them doesn’t fix anything either, because at the end of EVERY loan was a willing buyer, hopefully a ‘next bigger fool’, and that pool of people is made up of everyday people, Joe & Jane Taxpayer.

While it is easily visible that the banks were fundamental to the economic collapse, it is also important to understand that they were acting as monetary conduits for the market, and the most irrational thing of all was the role of regulators and central banks. 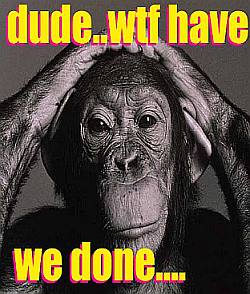 Is it co-incidental that every serious doubter of the ‘new normal’ from John Hurley to David McWilliams was an ex-central banker? And yet where was the central bank when it came to stopping the astronomical explosion in lending, the very thing they had the ability to do? They stood by, issued a ‘warning’ but failed to fire a shot. They allowed the country to walk into a pen full of pit-bulls and their sole contribution was to say ‘careful now’. They never raised capital requirements (even the Spanish banks who have a market in greater turmoil than our own did a better job with dynamic requirements), or used any of the tools they have singular access to for the job the tools are intended for.

Why bother having an independent regulator if they won’t make painful decisions? Nobody wants to dive headlong into political banking but in effect that is what we had, cutting lending or slowing the market would have been politically unpopular and it wasn’t done, that can only imply that they were acting together. Political banks are what we are going to have in the future as well because the lines between the banks and the politicians are becoming increasingly blurred, indeed, there are ex-politico’s on the board in some examples.

If individuals acting independently, but aggregately in a certain fashion were not to blame, then surely there should be only a few select individuals with massive lending and everybody else who acted prudently is absolutely fine, but that is far from the case, instead, the public is the leveraged group in this crisis. Typically in any crisis there is somebody who borrowed too much, generally that is the Nation or corporations, but not this time, this time it is regular people, all indebted, and while the banks were absolutely facilitators they were not the people buying the property, rather, they secured debt upon property that willing buyers purchased. Of course, nobody wants to sign up to holding any responsibility on that front.

That banks were insanely greedy is beyond doubt, that people borrowed foolishly is a given, that people like me were part of the problem is also true, but the one thing that nobody wants to really pay attention to is the fact that political pressure and reliance on property oriented taxes resulted in a state windfall which was promptly blown to garner popular support, leaving nothing for a counter-cyclical policy when the inevitable crash came, and the whole song and dance was policed by a lame duck who was apparently meant to be our protector.

Quis costodiet ipsos custodes? Nobody it seems, until of course it is all too late, then we just play the blame-game until we feel better about being fools.