What affects your investment planning 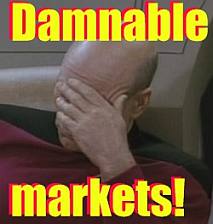 Did you ever wonder why some people seem to be doing better in the investment arena than you? Or why certain people seem to always lose or consistently win? The truth is that there are very few ‘superstar’ fund managers, like in any industry there are those that are the best and they totally outshine the millions of others who do the same job but never to the same degree.

If we were to look at some of the factors that may have an effect on your investments you can quickly identify that there are those which you cannot control, and therefore can only hedge against, and those that are within your control for which you are responsible and must consider, these will now be considered:

1. Being too conservative: If you stayed only in the safest areas of the market you would actually lose money over time as the effect of inflation grinds down your investments. This would be because the deposit interest rates would likely not give positive returns when you factor in DIRT (Deposit Interest Retention Tax), opportunity cost, and inflation. The main factor though would be that your hard-earned savings don’t keep up with inflation. 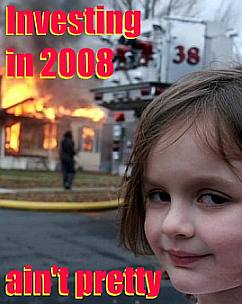 2. Being too speculative/aggressive: If you take bets that are highly speculative you better be ready to accept the downside risk (that you’ll lose big!). The best investors over long periods have something in common, one of those things is that they don’t put their biggest investments into what may be considered risky assets. There are many fund managers and investors who shine for a year making massive gains but few of them hold the same position the following year and over the term of a decade the majority disappear off the map, and that is where the likes of Warren Buffet or George Soros make their mark. Taking big risks brings with it the danger that you might end up losing your shirt or blowing up your portfolio.

3. Trying to time the market: Morgan Stanley gave a ‘buy Europe’ call recently, they have had an incredible record in calling the right times to sell out of positions and buy in. They have full teams dedicated to this, and yet even they (who have the best record of timed calls in the market) get it wrong from time to time. Study after study has shown that no one can consistently time the market, you might get it right once or twice but nobody does it every time. 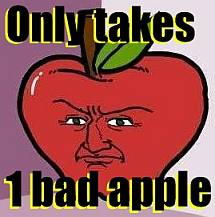 4. Having a bad adviser/money manager who does a bad job: Perhaps the worst type of monetary poison. A fund or money manager (and this can be your broker or local bank manager too!), especially one you are friendly with, can do untold damage to your wealth. I would say that there is no problem being on good terms with your adviser or investment adviser, but getting to close can be a problem. You need enough distance between you to remain objective and not be skewed by friendship. Hire and fire your investment adviser on the basis of performance.

5. How much you save: Saving, in the traditional sense is a vital element to any stream of income, you will always need a nest egg for the times that money may not be working in your favour, when it may be tied up in stocks that you are not willing to sell, or property (which is largely illiquid). If you have no savings and go through a period of reduced cash flow then you may find yourself liquidating investments at whatever price you are offered, we are seeing this in the current property market where investors are being forced to crystallise losses because they do not have the cash to support their investments. In leveraged finance this is always a risk, on stocks you get a margin call which will liquidate your shares if you don’t meet it, in property you get repossessed (but not on the value like a margin call, instead it is on the ability to meet ongoing payments). 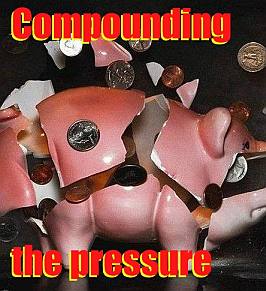 6. How long your investments compound: Napoleon once said of compound interest “It is astonishing that this monster interest has not devoured the whole of humanity. It would have done so long ago, had not revolution and bankruptcy acted as counter poison.” If you look at the power of compounding for gain (it works against you in debt!) it is quite amazing.

Another interesting story is that of the inventor of the game Chess. The King of the land was so pleased that he offered him any prize, the inventor wisely asked for a grain of rice for the first square on the board, two on the second, four on the third, and to double the number of grains for each square remaining.

The king was no mathematician and agreed, he later found out that he owed more than that which existed and insisted that a condition was that the inventor count every grain if the deal was to proceed so that he could be sure he was not stealing from the king! The king might not have known maths but he would have made a good lawyer! Doubling every square would leave a grand total of 18 bazillion, (actually I don’t know the technical word but an 18 with 18 zero’s after it).

7. Your asset allocation: Diversification is key, if you buy into only one asset class then volatility in that asset can wipe you out, if you were 100% invested in property you would be facing hard losses, if you were 100% in the ISEQ you would be down over 75%, that is why it is vital to spread your holdings. Fixed income (corporate/municipal/state bonds etc.), deposits, shares, property, metals and non-correlated alternatives (coins/antiques/wine/art etc.). How you divide your portfolio makes a big difference in the long term. 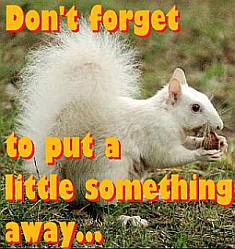 8. Assets annual return/cash flow: Negative cash flow is the devil, I have said this for years, it is the reason that you need to ensure that a property purchase is at least cash neutral, often you won’t factor in opportunity cost but on borrowings the calculation is simple enough. I ask people all the time, what do you think of when you think of an ‘investment’? And often I’ll say, ‘is it something that should make you money?’ to which people universally answer ‘yes’. Apply this rule to what you hold, are properties cash positive? Are stocks paying dividends and if the answer is ‘no’ do you have strong reasons for holding them? One thing you must avoid is having ‘liabilities’ which are disguised as investments.

9. How much you pay in annual expenses: Are your management fees high? Management fees exist in property and in managed funds etc. If you are making money it doesn’t mean anything if your expenses always outweigh the incomes, then you are back to seeing your investment cross the Rubicon of wealth to join the liability army. 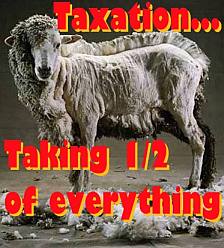 10. How much you pay in taxes: This probably screams out at you, but how many people actually do anything about their tax bill? Do you have an accountant? Do you have a pension? If you have answered ‘yes’ then you are paying too much tax, you are totally entitled to ‘avoid’ tax, and it is financially responsible, but to ‘evade’ is illegal. The simple truth is that the Government have given us plenty of perfectly legal ways to reduce our tax bills, but most of us choose not to actually act upon them.

Hopefully todays article will help you put some perspective on your investments and assets so that you can maximise your upside and minimise the downside, having said that, the market in 2008 has been the most unforgiving I have ever known, there are massive moves afoot, I do however, believe that this bear market will produce strong opportunities and it is for that reason that I would urge all readers and investors to keep a rational view and to use it to spot opportunity when and where it shows.