Understanding why mortgage rates MUST rise. 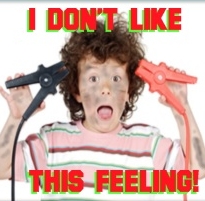 We have been saying for some time that interest rates on mortgages must rise, you can look at supply and demand, or you can look at the types of products that have ceased to exist such as tracker mortgages (removing fixed margin loan products) and then there is the proliferation of variable LTV products which set the stage for the ability to manipulate margin on more loans. The question is ‘what all of this means’, and the purpose of this post is to explain how deposits, business lending and mortgages are all interconnected parts of the banking system and how margins are set based upon them.

Last week PTsb finally came out and said that they were considering an increase in margins on variable rates. This came partly as a relief, not because we relish the idea of people having to pay more for their loans but because it means that Irish banks are slowly going to start taking the necessary steps towards recovery. These steps are (in a nutshell) higher margins, more prudent lending, and deleveraging. Irish mortgages have had some of the lowest margins in Europe, this is in part due to the propensity for Irish borrowers to easily research what is a small market and their willingness to show no loyalty in lending – although we are extremely loyal when it comes to day to day banking. The IMF even commented on this in their report on Ireland.

While foreign owned banks get into nationality based credit retrenchment it will set the stage for lending to return to higher margins, Bank of Scotland who shook the market up in 1999 with low rates and trackers is now charging the highest rates on the market for variable rates. Thus, there is no meaningful competition on the rate front and with only two or three banks open for business it gives two vital ingredients, firstly is scarcity value and secondly is decreased competition. 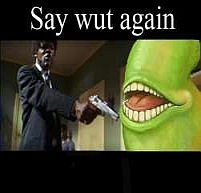 If we want to have strong banks then they have to charge higher margins, margins in Ireland are so low that if a single lender defaults it can literally have an effect of (not actually but in terms of damage to the lending book) taking down two performing loans with it.

Rates must rise in order to allow businesses to access credit, that might sound crazy but in fact it is due to margin compression linked with banking rules such as ‘revenue neutral’ balancing when rates change. The blog on margin compression tells you all you need to know as to why banks have to pay more for deposits and not earn more on mortgages when rates drop. However, the side effect is that the balance of income when you get margin compression must come from somewhere else, and the revenue neutral rule [basically when rates drop a bank can’t make a sudden increased profit because of it] means that companies cannot access credit except at high costs -because they are in essence paying the margin that deposits are eating and borrowers are not paying- illogically we are saving consumers but not saving the firms they work for!

To understand this consider all the elements of a bank, deposit rates are unnaturally high in an effort to attract and retain capital, you can’t drop deposit rates when a rate cut comes through or depositors flee, and political pressure and contractual obligations (eg: trackers) mean you have to pass the rate cut to borrowers, thus you create a losing position and the only customers left to take up the slack are commercial borrowers – but they often have euribor trackers, and businesses who are now paying much higher margins and being denied access to credit. 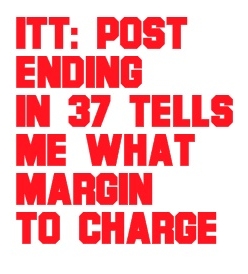 Unless we want to live in a society where banks are constantly bailed out then they need to be able to make enough money to offset losses and unfortunately they are unable to do that at present, raising margins and curtailing lending is key to them doing this, it makes life miserable for many (mortgage brokers in particular!) but in a market where competitors are charging ECB+5% it doesn’t make any sense to sell scarce capital for less than half of that amount!

Imagine a sale on gold for half the price the physical gold is worth and you start to get the picture, its just not good business practice. The solution is screaming ‘increase rates!’ but banks are slow to do that in the current climate because it is so distasteful to the Irish taxpayer who bailed them out, obviously foreign owned banks have no issue (their loyalties lie with other sovereignty tax bases) but they are still part of the market so Irish banks shouldn’t try to tow a ‘low cost’ line when it doesn’t make sense, isn’t reflective of the value of credit and when it may lead to more financial assistance being necessary.

We want cheap loans but we don’t want to bail out banks, take your pick.

If there is one useful piece of information you can take from this post it is this: if you are on a variable rate then switch to a low cost fixed rate, fixed rates are dirt cheap at the moment and you don’t have to switch lenders, you can do it with your existing borrower if you want, the reality is that variables have no price promise or protection, and if lenders are going to start to raise variable rates then it would be best to get the protection that a fixed rate offers now rather than after the rate increases occur becuase it will happen in fixed rates at the same time meaning you won’t get a chance to jump ship in time.