Understand 'Risk' and the different types of Risk 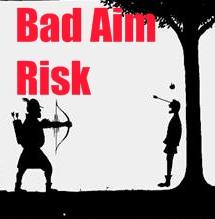 People inherently understand risk. Would you jump from one rooftop to another? I wouldn’t because its risky. Risk is a concept that puts a measure on the probability of certain outcomes, normally with negative connotations, for instance ‘we risk winning everything’ is less likely than hearing ‘we risk losing everything’.

Uncertainty and risk are related but not one in the same, for instance you can be uncertain as to who will win a football match, but it poses no risk (unless you have bet on the game!). Uncertainty can also have upward effects, for instance house prices in the future were uncertain in 1998 from that point until 2006 they rose, from 2006 to present they have fallen. It is still uncertain where prices will end up. The ‘risk’ however of buying in 1998 is almost non-existent whereas the ‘risk’ of those who bought in 2006 is very tangible, many of these people are in negative equity. What they have witnessed is ‘Economic Risk’. 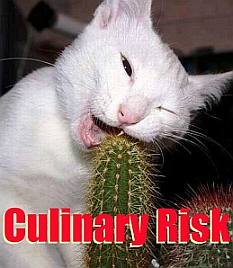 Economic Risk: This is a risk based on the performance of the wider economy. In Ireland currently there is economic risk as the country seeks to rebound from the financial turmoil on world markets. Equally other countries are facing economic risk and often countries that border each other will (if they are trading partners) impart risk on their neighbours as well (e.g.: Argentina/Brazil).

Market Value Risk: This is a risk where the market turns its focus to other areas – for instance: the strong performance of oil or gold would have turned many investors away from stocks in the first half of 2008. Volatility also has a role in considering market risk. 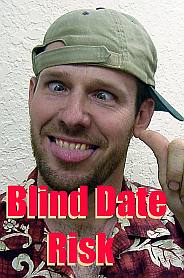 ForEx Risk: This is a risk taken when dealing in foreign markets. Imagine you bought an investment using Icelandic Kronas and it cost (in this example Krona was trading at 1:1 with your currency) €1,000,000 as of today the value of your investment would be almost wiped out which would mean you would find it very hard to repay your loan (if it was based in Euros). Consider this further, if you had bought something for Australian dollars the value of the investment could rise but your value could fall as Australian dollars depreciate relative to the Euro.

Country Risk: This happens with countries who cannot honour their obligations, Argentina, Thailand, Brazil, witnessed this in the past and many others have found themselves in this situation recently. The increased price on Irish bonds since the Banking Guarantee are an example of ‘Country Risk’ being priced into the market. Countries can also bring about risk due to mixtures of factors, for instance Japan raising interest rates would cause risk to the carry trade although technically it would be a ForEx or Interest Rate risk that is the actual cause, there can be combinations of risks in different circumstances.

Inflationary Risk: Inflation does not discriminate! It is almost like a tax on everybody, it destroys valuations, distorts the markets and often leads to recessions. Inflation hits those on fixed income the most, during times of inflation you will often see investors run to precious metals and in the past real estate was also seen as an inflation hedge. Inflation happens when too much money chases too few goods and it is generally key to the creation of asset bubbles. 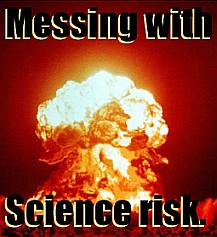 Interest Rate Risk: This occurs where a chaning interest rate can affect an assets values, it is not confined only to the bond market, we saw how an increased cost of credit precipitated the fall in property prices, however, it is also vital to understand that interest rates were artificially low to begin with and that created the bubble in property prices.

Interest rate risk also plays into margin accounts and any type of leveraged finance which can be anything from a mortgage, to a hedgefund, CDO or a CFD.

Credit Risk: This is the risk that a company or individual will be unable to pay the contractual interest or principal on its debt obligations. This type of risk is of particular concern to investors who hold bonds in their portfolios. Government Bonds especially those issued by the federal government, have the least amount of default risk and the lowest returns, while corporate or municipal bonds tend to have the highest amount of default risk but also higher interest rates.

Counterparty Risk: This is the risk that another party to a contract represents, if you are involved in a CFD transaction (contract for difference – see earlier article today on hedgefunds) and the other side cannot pay up then that risk is due to the counterparty or ‘other side’ of the deal not being able to complete. This is focal in many of the problems and collapses we have seen on the investment banking front. It is also one of the reasons that AIG had to be bailed out, they insured the counterparties to various transactions.

This list is not exhaustive, other types of risk would include Operational Risk, Systemic Risk as well as Collateral risk and Political Risk [the buzzword of early 2008 was ‘Geopolitical Risk’ – mostly surrounding oil supply]. It is important in making your financial decisions to consider the multiple facets of risk and to diversify sensibly.