Uncharted territory – or maybe we just can't see ahead? 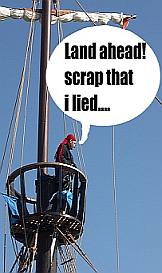 Often companies and economists make forecasts and predictions about the direction of the economy, so it is interesting that two of the largest banks in the UK, Nationwide and Halifax, have decided to scrap any forecasts for 2009. They will continue to give their monthly figures regarding house prices and statistics but gone are the predictions. Halifax said they couldn’t give predictions because of their merger with Lloyds, Nationwide were more brutally honest ‘We can’t because we are finding it too difficult at this time’.

The interesting date in the near future for UK banks is the 16th of January, because that is the date that the FSA have set for the end of the short-selling ban, this will result in one of two things. First is that short sellers will pile in and sentiment with order backlogs will cause a brief spike in prices -if shorts are not naked ie: you are actually paying to hold the option to buy/sell the stock you are shorting- then a big drop (profit taking by shareholders followed by profit on the shorts), or perhaps second is a VW effect where covering positions actually causes the prices to go up and bankrupts the 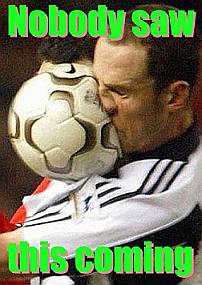 In Ireland negative growth in 2009 again seems likely in the mortgage and credit market, one element that must be considered is the asset deflation (housing) and likelihood of wage deflation (labour) that would bring this about anyway, even if the number of transactions were the same the decreased prices and ability to borrow would cause a lending contraction.

The short term outlook is not pretty, however, I would be a believer that the natural tendency for economies is to expand, and the major correction is part of getting back to where we should be on the time line of expansion rather than where we ‘were’ in the past.

The need for diligent financial planning has never been greater from a fiscal perspective, but also from an organizational and personal standpoint. The issue for many in Ireland is that when money is plentiful for so long we no longer educate ourselves about money, we don’t plan for winter when busy making hay in the here and now, it is this adjustment to a leaner existence that will hurt many of us, but at least its a step up from not having a job at all.